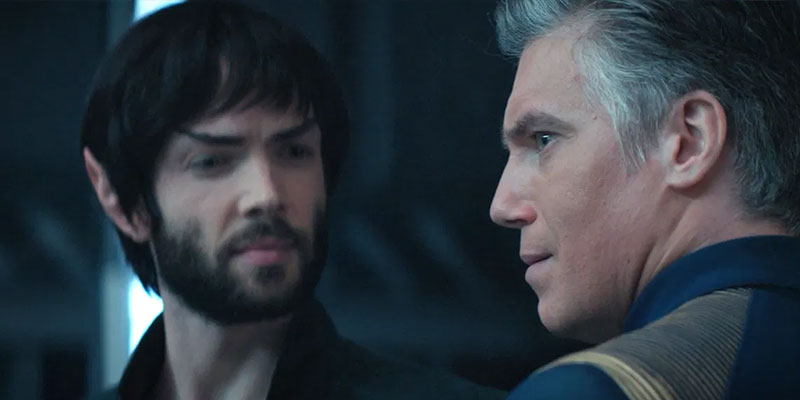 Although the season wide arcs allow for rich plot-driven stories and season wide character development, the stand-alone episodes have always been part of the appeal of the re-watchability of the shows as you can pick up an episode without the worry of having to know what comes before or after and this is one small issue with the newer shows.

Well good news, it looks like the new Pike centric series is heading back in that direction.

Talking to Variety, Akiva Goldsman and Ethan Pack spoke about the challenges, what to expect and how “Star Trek: Strange New Worlds” is going to feature both closed-ended stories alongside the season-long arcs.

“We’re going to try to harken back to some classical ‘Trek’ values, to be optimistic, and to be more episodic,” Goldsman tell Variety. “Obviously, we will take advantage of the serialized nature of character and story building. But I think our plots will be more closed-ended than you’ve seen in either ‘Discovery’ or ‘Picard.’“

“I imagine it to be closer to the original series than even ‘DS9,’”

“We can really tell closed-ended stories. We can find ourselves in episodes that are tonally of a piece.”

In terms of the types of stories, we might see in the new show, and how they will be more serialized but keeping character developments intact Goldsman compared it to one of the most iconic episodes in Trek history…

“It’s hard to do a shore-leave episode in the middle of a long, serialized arc.”

“I think one thing that we always struggled with [as fans] was that Kirk is heartbroken at the loss of Edith Keeler in ‘The City on the Edge of Forever’ and has to be just fine the next week,”

“I think what we would want to do is keep the characters having moved through and recognizing the experiences they’ve had in previous episodes, but to be able to tell contained, episodic stories.

With the entire industry in flux at the moment due to the pandemic, one burning question fans want to know is when we will see the new series, unfortunately, Goldsman would not speculate on when the production was due to start, but Ethan Peck did express his hopes and excitement for his return as Spock.

“Last year, I basically told myself I was gonna do as many conventions as possible to connect to the fan base and campaign for a spinoff show for Anson and Rebecca and I. We all got along so well, and we all loved the content so much and the message of ‘Star Trek.

I believe so much in what we’re doing. I don’t think that there’s ever been a better time for ‘Star Trek,’ because of its ideology. It’s all about coming together and using the ways that we’re different from one another for the advantage of people as a whole.”

As for his return as Spock, he expects his role to be a bit different from his portrayal in Discovery season 2…

“It’ll be a whole new challenge for me as an actor portraying Spock because you’ve had this transformation; I can’t wait to see what we explore.”

Neither Peck nor Goldsman would elaborate on any story details, but Goldsman did add that Strange New Worlds would be perfect in the current climate due to its positive nature…

“I believe so much in what we’re doing,” he says. “I don’t think that there’s ever been a better time for ‘Star Trek,’ because of its ideology. It’s all about coming together and using the ways that we’re different from one another for the advantage of people as a whole.”

Be sure to check back for the latest news, and info about what is shaping up to be a great new Star Trek series, and be sure to keep an eye out for the new series of Discovery due to air later this year. 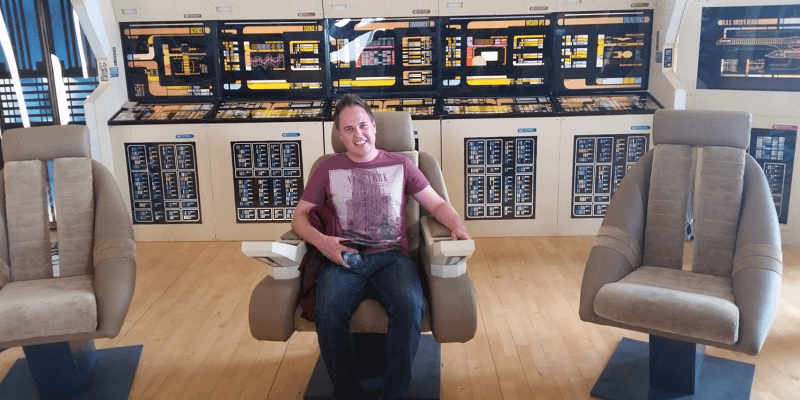 Welcoming @TrekkieRob To The Team 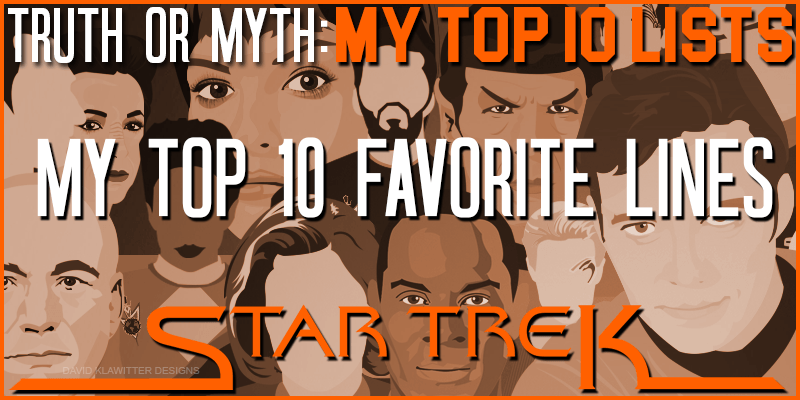 Truth Or Myth – My Top 10 Favorite Lines From Star Trek