We’ve got a fair few figures to fan over in this fantastic furore of…um…Star Trek. I ran out of F words. We’re looking at the details, the itty bitty ones, in tricorders, along with the rubber ducks!

A year one from a tantalising first tease, FanWraps (in collaborations with Fourth Castle Brands’ emce toys) has shown the world their first proper look at the upcoming Star Trek Nanofoce, slated to be released this summer, covering both the Original series, and TNG. The suggested release date is said to fall somewhere in June. (Plenty of time to save your Quatloos and Latinum Strips).

Each set fits the standard Nanoforce® footprint, with 12 2-inch figures and a bonus 4-inch figure. Our first two sets are “STAR TREK: THE ORIGINAL SERIES” and “STAR TREK: THE NEXT GENERATION”, with crew and aliens moulded in Starfleet colours, and the majestic U.S.S. Enterprises of their respective timelines in battleship grey.

These are exclusive to our longtime friends at DIAMOND COMIC DISTRIBUTORS, who’ve supplied your favourite online / mom & pop / brick & mortar shops for decades. If your favourite retailer wants to know more about them, have them contact their Diamond rep.”

Announced as part of the First Contact Day event, both sets will include 12 two-inch characters from both TOS and TNG, along with a 4 inch long star ship, as well as a fold out display map. Each figure sports their own division colour, while villains and characters have an either a red, blue or yellow look.

But if you’re looking at these sets and notice something is amiss. Don’t worry, we see it also dear readers. There’s a distinctive lack of Checkov! Fourth Company Brands noted on their Facebook page that the Russian Heart-throb had to be left out of the set due to there being only six crew slots available. Fans of our Russian ensign don’t worry though, they hope to be able to produce a Chekov figure some time at a later date. (Hashtag, release the Chekov cut).

As an aside, as a packaging and design nerd, I have to say, I’m already being drawn in by the lush boxes both packs are being sold in. The golds, reds and blues of the respective box arts, harken nicely to each era’s respective colour pallet while having a matching layout. It’s a really nice touch.

It’s A Replica Jim, Exactly As We Know It!

Nine months ago, The Wand Company teased us with their plans to make the most accurate TOS tricorder yet. Which you can read about here! The Wand Company had teased the use with the very brilliant idea of fully-interactive prop replica, to go alongside their communicator and phaser replicas.

Chris Barnardo did release a statement here regarding the development, outlining the work so far, stating:

Communicator. I know that you are going to have hundreds of questions and I hope that these emails, with news and tidbits of development chitchat, will answer most (if not all) of them, as we concentrate our efforts to get this Tricorder manufactured and into your hands.”

As recently as March, we were teased with a beautiful CAD file that showed us the inner most workings of the Tricorder. (Feels like the opening to Discovery doesn’t it?)

As recently as March, we were teased with a beautiful CAD file that showed us the inner most workings of the Tricorder. (Feels like the opening to Discovery doesn’t it?)

A great deal of this detail is thanks for Greg Jein (model builder who is best known for building the Enterprise D!), who was in possession of one of the last remaining original Tricorder props designed by Wah Chang.

Great care and attention have gone into making sure this replica is as accurate as it can be. Right down to performing a laser 3D scan of an original Tricorder Prop to serve as the base reference.

Chris talked more about the scanning and replication process in very detailed behind the scenes breakdown, (which you can all read here!)

“The 3D scanning of inanimate objects is more accurately performed with either a laser scanner or a “structured light” scanner. For the tricorder, we used a Hexagon Metrology system comprising a ROMER Absolute Arm with an RS3 laser scanning head. The arm is balanced to enable the operator to move the laser scanner smoothly around the subject, and contains seven precision encoders to keep track of the exact position of the scanning head.

As reflective surfaces (such as metal and glass) do not scan well, before the scanning could start, the glossiest parts of this priceless prop were gently spray-coated with a scary-looking but, everyone was assured, totally harmless self-vanishing 3D-scanning spray.

Greg oversaw this process to make sure that the prop wasn’t damaged.

Under Greg’s patient and watchful eye, the laser scanner’s 65 mm long blade of red light ‘painted’ over the surface geometry of the tricorder, rapidly measuring the distance from the scanning head to the surface 4,600 times per line, plotting highly accurate positional coordinates that stitched together to build up a three-dimensional point cloud of the tricorder’s surface. On a nearby laptop, a 3D image seemed to appear out of thin air as more and more of the surface was scanned.”

We’ve yet to get a full-on release date for the tricorder as Bernado notes “Quite a bit of the story to come”, it’s clear however that the time spent working on it has been filled with a level of love, care and attention that goes far beyond “just making a replica”.

While there has been no fixed retail price, the target price has been pitched at around , $250, which given the work that has gone into such a prop replica, is a very fair price.

To keep up to date with the Wand Company’s progress with the Tricorder, you can register HERE.

Getting Retro In The 24th Century.

If you’re like me, you probably saw all the TNG action figures hitting the shelves and being advertised in comics around 94 when Generations came to the big big screen. And like me, you were probably at the time, to dirt broke to afford them. BUT if you’re all those things, and like me now, a BIG retro nut. Oh well then do I have something for you?

Next Generation ReAction Figures! Expected to arrive in June, each figure will cost $17.99 and they are available to pre-order from super7.com, ReAction have surprised us with 6 retro-styled action figures, these include A Borg Drone, Data, Guinan, Picard, Wesley, and Worf!

Even the box art for these figures is something to “Ooo” and “Aaah” over, it’s a delight. The warping starts and Enterprise D feels like something that would definitely pick out of a toy catalogue in days long gone by!

The figures feature classic “limited articulation”, and bold colouring, but with some slightly more modern finishes on the paint job. They are part of the “first wave”, as such I think we can hope for more figures. While these ones seem to be styled from series 3 onwards, I hope we can get some more variants from the early series uniforms and characters, a Tasha Yar figure? Or maybe even Sherlock Data? Who knows, I’m keeping my fingers crossed.

The initial previews look wonderfully charming and will no doubt look amazing on a collector’s shelf… Or on a scale Enterprise D bridge? (Oh let me dream!)

Keeping Warm On Your Away Missions In Your Standard Issue Tent

When I say I love goofy things, please be aware that I love this tent.

Ukonic has just announced that they producing a Star Trek tent, based on the Justman shuttlecraft from TNG. Measuring at 8 feet long and around 4 feet tall, it can fit 2-3 adults. It’s waterproof and includes an anti-insect mesh and a very nifty carrying back.

TOS isn’t the only era to get more high detail figures however!

The newly formed EXO-6 has announced brand new 1:6 figures. Led by formed QMx developer Schubert Tam, they first hit the scene with their First Contact Data figure And now they are treating us to something even bigger, bolder and better!

EXO-6 dropped a glorious teaser of what they are calling “Decorated Captains” From Kirk, to the suede jacket Picard, to Janeway toting a phaser rifle, with the grand Captain Sisko and Johnathan Archer in the bright blues of the NX era uniform.

Already such a small preview is giving us big details. The precision care that has been taken in making these uniforms looks amazing. Even the little combadges feel just right. No firm release date has been given, but we are being teased with these figures coming in the 3rd quarter of 2021. (Preorders opening in May).

So we have a few things to stock our shelves with this summer, are you holding out for anything specific, or are you saving for that glorious tricorder replica? (I know I am!).

Let us know what you’re looking forwards to seeing in the comments below, or if there is an area of trek that needs more toys? Again let us know. 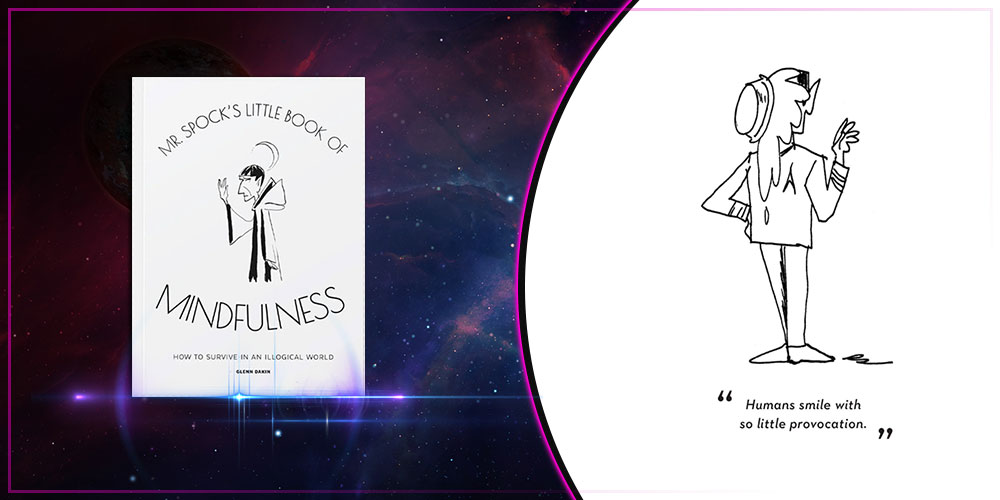 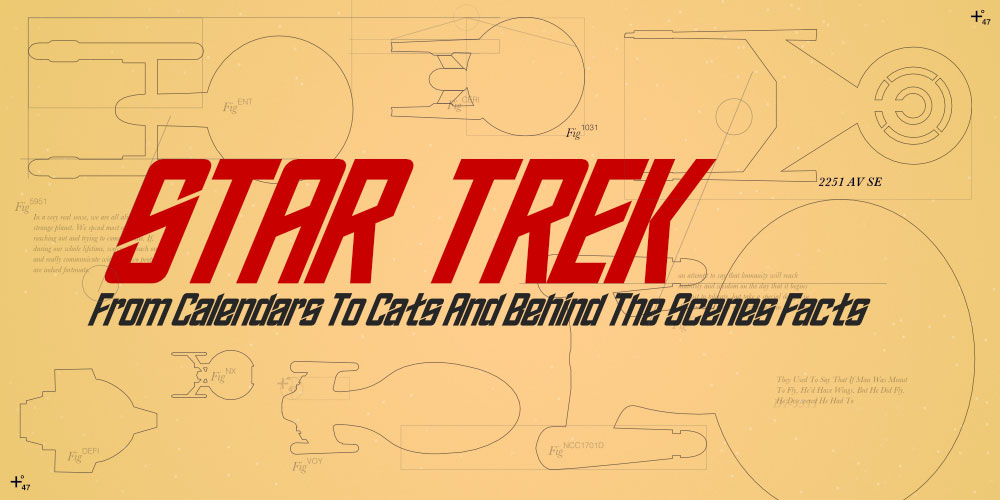 From Calendars To Cats And Behind The Scenes Facts 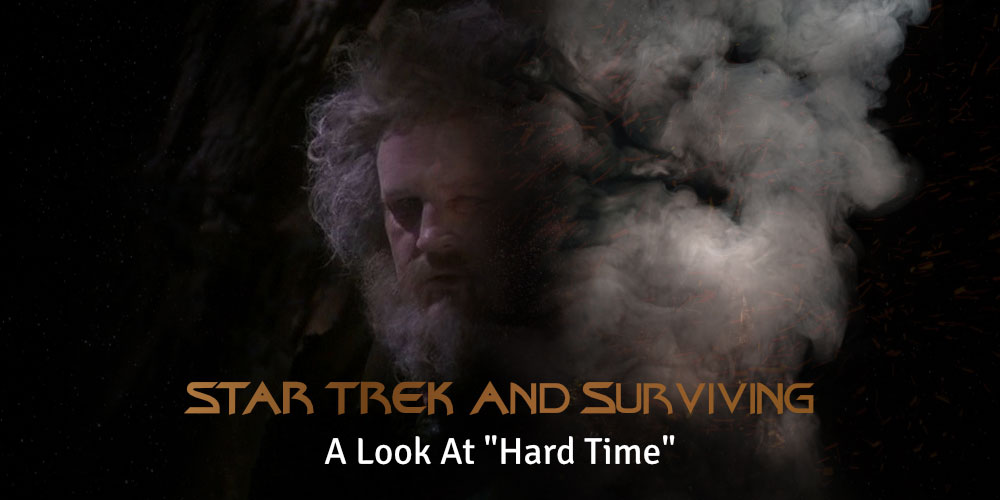 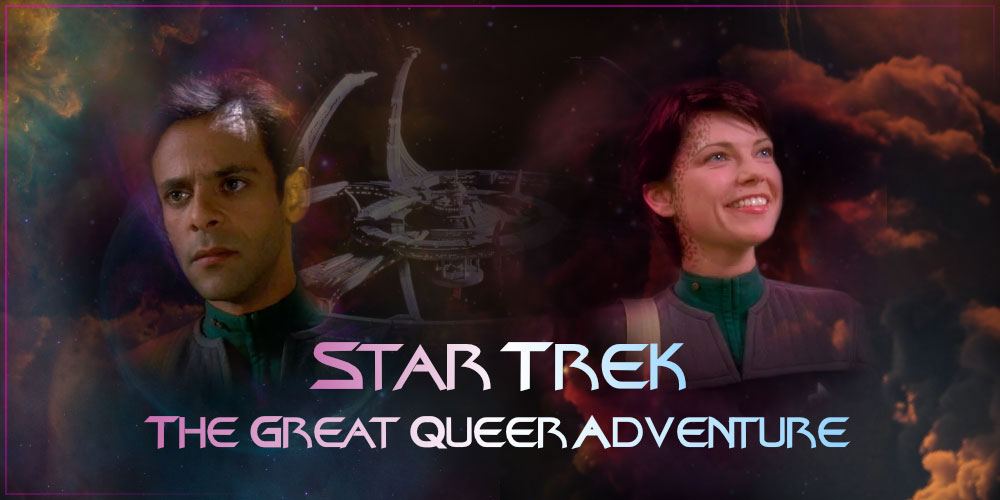