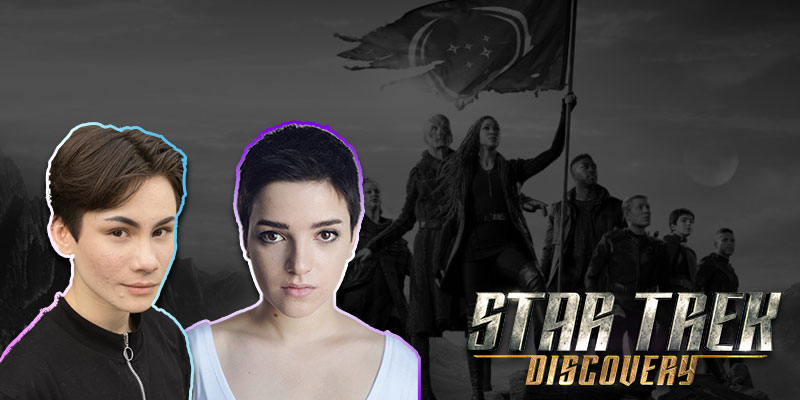 On the news of the casting, show co-runner and executive producer Michelle Paradise had this to say:

“Star Trek has always made a mission of giving visibility to underrepresented communities because it believes in showing people that a future without division on the basis of race, gender, gender identity or sexual orientation is entirely within our reach,” said Michelle Paradise, co-showrunner and executive producer. “We take pride in working closely with Blu del Barrio, Ian Alexander, and Nick Adams at GLAAD to create the extraordinary characters of Adira and Gray, and bring their stories to life with empathy, understanding, empowerment and joy.”

Blu del Barrio who is an industry newcomer will make their on-screen debut as a non-binary character called Adria, Adira is described as highly intelligent with a confidence and self-assurance well beyond their years. They will find a new home on the U.S.S. Discovery and form an unexpected bond with Stamets and Culber.

Blu del Barrio is a non-binary actor who uses they/them pronouns previous to auditioning for their role on Discovery Del Barrio has been acting in theatre and short films since the age of 7, but this is their first on-screen role.

The first transgender character is Gray and will be portrayed by Ian Alexander. Gray is empathetic, warm and eager to fulfil his lifelong dream of being a Trill host, but he will have to adapt when his life takes an unexpected turn.

Ian Alexander is a 19-year-old actor who uses they/them and he/him pronouns. Best know for his work on Netflix series “The OA” and Lev in Naughty Dog’s video game “The Last of Us Part II.” They are the first out transgender Asian-American person to act on television. They are also an advocate for transgender equality, racial justice, and mental health awareness for LGBTQ+ youth.

Watch the trailer for season 3.

Star Trek: Discovery returns October 15th on CBS All Access in the USA, CTV Sci-Fi in Canada and if all follows previous seasons it will air October 16th on Netflix internationally