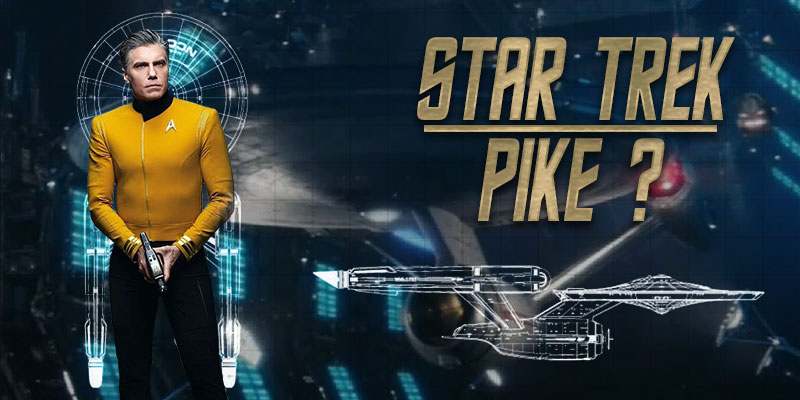 Even though we know Star Trek leadman Alex Kurtzman has heard the fans cry out for Mount to return, so far we have only had but a mere taste of what a Pike series could look like with the last 3 Short Treks (“Q&A”, “The Trouble with Edward” and “Ask Not”)

So, the question is: “Are we ever going to get a Star Trek series featuring Anson Mount, Ethan Peck and Rebecca Romijn??”

The answer: “Maybe… But with a catch”

Recently, Star Trek producer & Gene Roddenberry’s son, Rod Roddenberry joined Starbase Indy Con via video conference with the news that we may just be getting the series so many have been desperate for since Anson Mount hit our screens and quickly won over the fans during his time in Discovery season 2.

“Anson Mount is probably my second favourite, almost first favourite captain now, Picard is number one for me”

“The way Pike conducted himself as a Starfleet Officer, was truly in my opinion, in line with what Starfleet is and what Star Trek Is”

He went on to drop the BIGGEST hint we have had thus far about our chances of us seeing Pike return to the screen… But… Here comes the catch, it will not as soon as the fans would want…

“And I think it is common knowledge to a degree, erm, but there is a very, very very very very good chance we are going to see something coming out”

“I do not want to say soon it, it may still be a couple of years out but a Pike related series or show”

“I am very excited about that”

Even though this is exciting news and the most tangible thing we have had in the way of hearing anything Pike related, Rod did go on to say:

“So things might not happen, thing, ya know things happen, but right now that is the trajectory is to get something like that out there”

Nevertheless, since the 3 Short Treks aired, CBS has yet to “officially” announce anything at all, but the fact Rod himself saying “There is a very, very very very very good chance” lends credence to the idea that we may just get a series based on the Enterprise featuring Pike, but just not yet.

However, who knows what tomorrow may bring and things do indeed happen and CBS might decide not to further this idea and we might not get a Pike series at all which would be a great shame.

You can watch the clip below:

Special Thanks: Nia Wright for the video clip