It’s that time of year again… Over the last 24 hours, CBS All Access’s flagship show has racked up several nominations for both the Saturn and Emmy awards.

Spanning various categories from Best Actress in a Streaming Presentation to Outstanding Special Visual Effects, Star Trek: Discovery continues to show why it truly is an outstanding show. 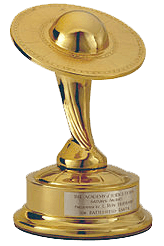 Spanning several different categories, Discovery has earned itself FIVE nominations. Discovery Lead actress Sonqeua Martin-Green (Burnham) lands a nomination for Best Actress in a Streaming Presentation, while co-stars Doug Jones (Saru), Ethan Peck (Spock), and Wilson Cruz (Culber) will, unfortunately, be competing against one another for Best Supporting Actor in a Streaming Presentation, no matter who wins they are all winners anyway, their portrayals of each of these characters were outstanding in season two.

Best Actress in a Streaming Presentation

Star Trek: Discovery itself was named as one of the seven shows set to compete for the title of Best Streaming Science Fiction, Action, & Fantasy Series, up against competitors from Netflix and Amazon, however, unlike last year, where Discovery was up against the whole range of television shows, this year CBS All Access’s flagship show has been moved to the category of “Streaming Presentations” meaning it has been separated from conventional broadcast and cable series thanks to the growing field of streaming on-demand shows and is now up against other shows similar to itself. 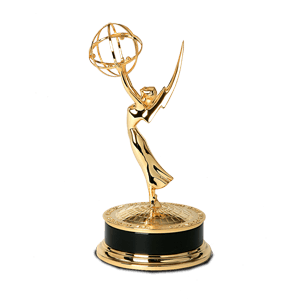 Unlike the Saturn awards, Discovery’s Emmy nominations centre on its stunning VFX and Creative Arts categories, and even though they notched up an awesome five nominations none of them is for the outstanding work by Discovery costume designer Gersha Phillips and her team, which is a shame, Gersha’s work is outstanding and is worthy of a nomination.

Up against episodes from The Man in the High Castle (Amazon), Gotham (FOX), The Orville (FOX), and The Umbrella Academy (Netflix).

Up against episodes from Conversations With A Killer: The Ted Bundy Tapes, Game Of Thrones (HBO), and True Detective (HBO).

Both award shows are held later this year starting with The 45th Annual Saturn Awards official ceremony on September 13th followed by The 71st Annual Emmy Awards that will be broadcast live Sunday, September 22nd.

Good luck to all nominees…

‘Short Treks’ Coming To Blu-ray And DVD on June 2nd