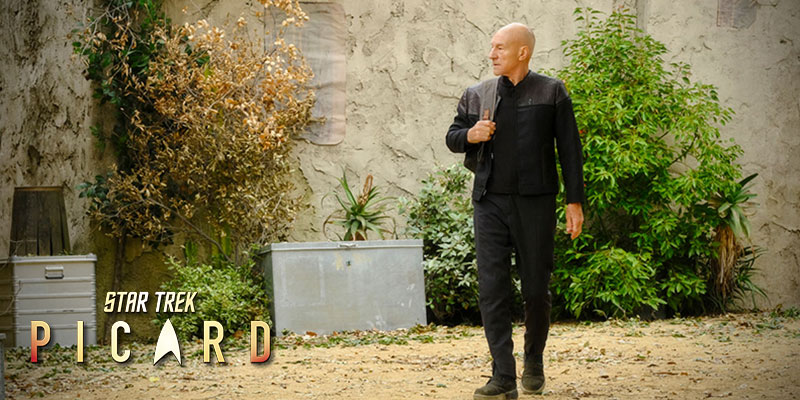 Coming this Thursday is episode 4 of Star Trek Picard, over the last 3 episodes we have been introduced to Raffi Musiker (Michelle Hurd), Agnus Juarti (Alison Pill) & Cristóbal Rios (Santiago Cabrera) who along with others are set to accompany Jean Luc Picard on his quest to find Soji and ultimately Bruce Maddox.

In this week’s episode, Jean Luc travels back to the planet Vashti, where he is reunited with the young Romulan warrior Elnor (Evan Evagora) who was raised by an all-female Romulan religious order known as ‘Qowat Milat’. One of the order, Zani is played by Amirah Vann (How to Get Away With Murder) who Picard relocated along with other members of the order to the planet Vashti 14 years ago which located on the edge of what was once the Romulan Neutral Zone.

Also this week, we will see how Picard (Patrick Stewart) came to know Elnor when he was just a boy during his time as the driving force behind the evacuation of Romulans and all effected systems from the impending supernova disaster.

‘ABSOLUTE CANDOR’ is written by showrunner Michael Chabon and is directed by Jonathan Frakes who is set to return as William Riker when he takes up his role in episode 6 after we last saw him almost 15 years ago in the controversial Enterprise episode ‘These Are The Voyages‘.

Synopsis – The crew’s journey to Freecloud takes a detour when Picard orders a stop at the planet Vashti, where Picard and Raffi relocated Romulan refugees 14 years earlier. Upon arrival, Picard reunites with Elnor (Evan Evagora), a young Romulan he befriended during the relocation. Meanwhile, Narek continues his attempts to learn more about Soji while Narissa’s impatience with his lack of progress grows.

Watch trailer for this weeks episode

Lastly, be sure to check out our last sponsored content video by Ketwolski where he dives into Picard’ Top 10 Plot Questions & Theories

Star Trek: Picard airs Thursdays at 00:01 PST on CBS All Access in the USA, 21:00 pm on CTV SCi-Fi/Crave TV in Canada and airs Fridays on Amazon Prime Video Internationally.