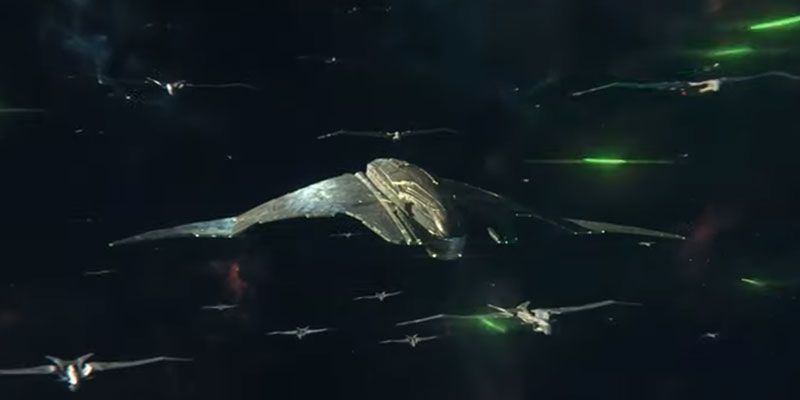 Well, here we are, after 9 episodes, the loss of some very much loved characters and a lot of twists and turns we are at Star Trek: Picard’s season one finale.

In Et in Arcadia Ego, Pt 1, Following the unconventional and dangerous transit through transwarp space Picard (Patrick Stewart) and the crew of La Sirena finally arrive at Soji’s (Isa Briones) homeworld, Coppelius to be greeted by Dr Altan Inigo Soong the son of none other than Dr Noonian Soong, Data’s creator and father.

Along with Soong, we were introduced a vast array of androids, among them was Sutra another sister of Daji and Soji, however, unlike Soji/Daji, Sutra not only looked more like Data but she also acted more like Data’s brother Lore! showing the same contempt for organic life and the desire to cause trouble.

With Sutra learning of the Romulan Admonition through mind-melding with Jurati (Alison Pill) she set about setting in motion a series of events that could bring the prophecy that the “Zhat Vash” fear and ending all organic life through out the galaxy.

However, with the Romulan fleet on their way and the Artifact crashed on the planet it remains to be seen who or what will come to Picard’s aid to stop Sutra carrying out her plan.

This week, Picard endeavours to convince Soji to stop her newly found sister, Sutra from causing the destruction of all organic life and the android population of Coppelius, Narek (Harry Treadaway) joins up with the crew of La Sirena to stop Commodore Oh (Tamlyn Tomita) and the oncoming attack fleet.

‘Et in Arcadia Ego, Pt 2’ – A final confrontation on the synthetics’ homeworld, Coppelius, pits Picard and his team against the Romulans, as well as the synths who seek to safeguard their existence at all costs.

This episode was directed by – Akiva Goldsman.

Watch the trailer for ‘Et in Arcadia Ego, Pt 1’