Today CBS made the announcement that the Pulitzer Prize-winning author Michael Chabon (The Amazing Adventures of Kavalier & Clay, Moonglow, Wonder Boys and The Yiddish Policeman’s Union, among others) has been named the showrunner of Star Trek: Picard.

With a vast list of Executive Producers Patrick Stewart, Douglas Aarniokoski, Alex Kurtzman, Michael Chabon James Duff, Akiva Goldsman, Heather Kadin, Rod Roddenberry and Trevor Roth. it was not clear until today who exactly had the lead role on the show.

Chabon joins both Akiva Goldsman and Alex Kurtzman on the day to day running of the show.

Since the announcement of Stewart’s return to his iconic role, Chabon has been listed as one of the main writers for the series and was seen in an image on Stewart’s Twitter account of the shows writers room back in September 2018

In regards to his elevation to showrunner, Chabon is quoted as saying:

Star Trek has been an important part of my way of thinking about the world, the future, human nature, storytelling and myself since I was ten years old.

I come to work every day in a state of joy and awe at having been entrusted with the character and the world of Jean-Luc Picard, with this vibrant strand of the rich, intricate and complex tapestry that is ‘Trek.’

Alex Kurtzman, who is CBS’s lead man for the Star Trek TV Franchise and will continue to maintain joint showrunner status will Michelle Paradise on Discovery Season 3, voiced his support for Chabon’s appointment:

Daring, lyrical, humane, whimsical, celebrated: words that describe both Jean-Luc Picard and the literary genius of Michael Chabon, despite a laundry list of accomplishments most writers only dream of, Michael shines with the heart and soul of a Trekkie who’s finally found his dream job.

We’re so fortunate to have him at the helm as we explore this next chapter in the great captain’s life.

Although this will be Chabon’s first time in a more prominent role within Trek, he is no stranger to the franchise as he wrote the Short Trek “Calypso” and more recently it has been hinted that Chabon wrote the Short Trek that will feature Ethan Peck and Rebecca Romijn in a return to the screen as Spock and No1 in a Short Trek directed by Michael Pellington.

Chabon’s Hollywoods experience is vast his screenplays and teleplays include John Carter, Spiderman 2, Unbelievable– which he wrote with his writing partner and wife, Ayelet Waldman, and recently it has been announced he will write the screenplay for the upcoming live-action “Visionaries: Knights of the Magical Light“

In addition to the Pulitzer Prize, Chabon has won the Hugo, Nebula, Mythopoeic, Sidewise and Ignotus awards (Spain’s Hugo Award) and many others.

It will air exclusively on CBS All Access in the US and will be distributed concurrently internationally by CBS Studios International on Amazon Prime Video in more than 200 countries and territories and in Canada on Bell Media’s cable networks, Space and Z, and OTT service Crave. 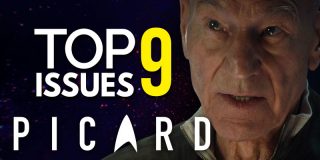 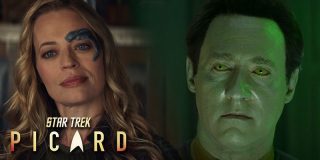 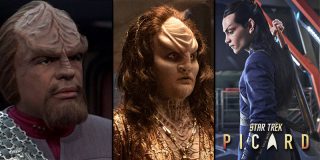 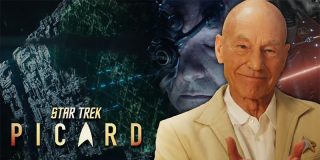 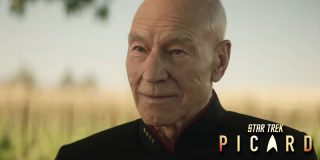