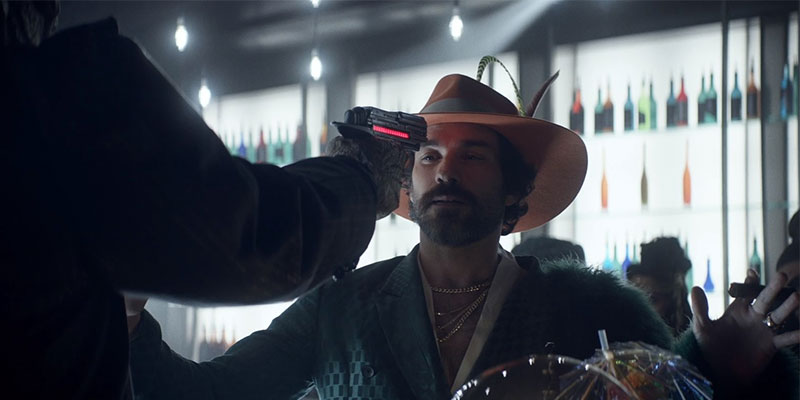 “Stardust City Rag” is the fifth episode of the season and marks the halfway point of Picards first season, this episode like last week is again directed by Jonathan Frakes and is written by Kirsten Beyer.

After what was a total goosebump moment when Jeri returned to Star Trek after 19 years away, this week she joins Picard in the search for Bruce Maddox.

In his search for Maddox, Picard and the crew of the La Serina head to the planet “Freecloud” but things do not go as planned… as seen in the trailer they run into an ambush.

With the crew finally meeting up with Maddox, will the actor portraying him be the same as the actor who played in “The Measure of a Man” the answer is, unfortunately not, Brian Brophy will not be returning as Maddox, actor John Ales has been cast in his place.

The La Sirena crew begins an unpredictable and lively expedition on Freecloud to search for Bruce Maddox. When they learn that Maddox has found himself in a precarious situation, a familiar face offers her assistance.

Star Trek: Picard airs Thursdays at 00:01 PST on CBS All Access in the USA, 21:00 pm on CTV SCi-Fi/Crave TV in Canada and airs Fridays on Amazon Prime Video Internationally.

A Nicer Georgiou for Section 31 & Her Growth In Season 2