Since its release Star Trek Discovery has divided the fandom, some loving it and some hating it, and something that is liable to truly irk many of the disgruntled Star Trek fans is, that Discovery presently sits within the top ten of the most popular family shows watched on Netflix in 2017.

On 11th December, in a press release, titled “2017 on Netflix – A Year in Bingeing” Netflix listed an array of top ten’s, ranging from “The Shows We Devoured in 2017” to “The Shows We Savoured in 2017″. Contained within the listing “The Shows That Brought Us Together in 2017”, Star Trek Discovery was listed at no 4 out of 10. 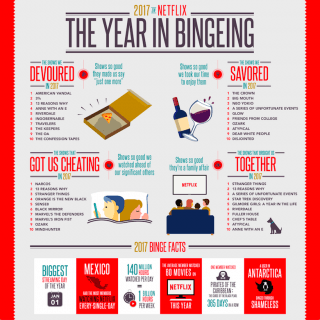 This ranking is not surprising what’s so ever, according to an array of articles written in the months of October through to November, Star Trek Discovery has continued to be within the top ten, in not just one country but countless throughout the world the USA included, where it was sat within the top 5 for the period of 26 October, 2017 – 8 November, 2017 (Discovery’s last episode pre-hiatus was aired on 12th Nov).

So as they say, the numbers do not lie, Star Trek: Discovery, for all its perceived faults, is truly a worldwide hit.

Watch the trailer for Episode 10 “Despite Yourself”.

Discovery returns to the air on CBS All Access & Space – Sunday 7th Jan and Netflix on Monday 8th, 2018.