Since Patrick Stewart broke the news himself at STLV 18 there has not been much news regarding his new show, there have been a few tidbits here and there but certainly nothing in the way of the news and build up we got with Discovery.

However, that all changed in the last week, over this past week we have had some more tangible news coming out of various sources in the way of what to expect, some of this news can be corroborated and some still remain as mere rumour.

Below you will find an array of information regarding the new series starring Sir Patrick Stewart.

So what can we corroborate?

The Year it is set

In an array of interviews, Stewart has said it will be set 20 years from the series finale “All Good Things” that means the show will be set around 2389.

What will the show be about?

This is still very much who knows area, the only solid bit of info we have is the new show will be the first time we get to see a series set after the events of Nemesis and after the destruction of Romulus (ST2009)

This is based upon a comment made by Kurtzman himself

“Picard’s life was radically altered by the dissolution of the Romulan Empire.”

This event is said to have a major impact on the Picard we all know and love, and it will alter the way we see him on-screen.

So far we have two confirmed directors, those being Jonathan Frakes and Hanelle Culpepper who is slated to direct the first two episodes of the show, this will be the first time a female director has been chosen to direct a new shows launch.

Although the list of EP’s is vast there is no set showrunner yet, it has been hinted at that author Michael Chabon and Patrick Stewart are the leads on the series.

Replying to a question on Twitter about if casting had begun for the show, Culpepper confirmed it has already started.

Is there a casting call

With the news that casting has begun, CBS All Access has released the news on two castings.

Alongside Sir Patrick Stewart Santiago Cabrera and Michelle Hurd have been cast as series regulars on the upcoming untitled Star Trek series. 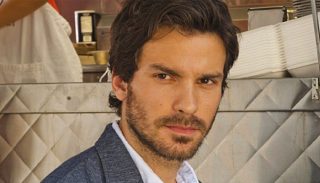 Santiago Cabrera was born in Caracas, Venezuela, to Chilean parents, and grew up in London, Romania, Toronto, and Madrid. Although he considers Santiago, Chile, his hometown, he splits his time between London and Los Angeles.

Cabrera trained at London’s prestigious Drama Centre under renowned instructors Yat Malmgren and Christopher Fettes, whose students include many great actors, among them Sir Sean Connery and Sir Anthony Hopkins.

He is most known for his roles as the character Isaac Mendez in the television series Heroes he recently starred for two seasons on the CBS suspense thriller Salvation and he appeared in BBC’s Merlin and his film credits include Transformers: The Last Knight. 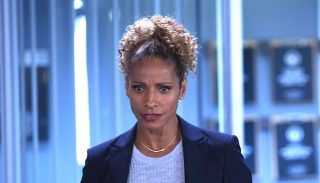 Hurd is the daughter of actor Hugh Hurd. Her sister is actress and dancer, Adrienne Hurd. She graduated from Saint Ann’s School in 1984 and Boston University in 1988 and studied with the Alvin Ailey School. After her graduation from college, she studied at London’s National Theatre.

The Picard show will be shot in Santa Clarita, as reported last year in various news outlets, the show has been awarded $15.6 million in Tax breaks.

The production will be based out of Santa Clarita Studios. SCS is an independent studio production facility based in Santa Clarita, California, around 35 miles north of Hollywood, so although Star Trek will be returning to Hollywood, it will not be shot at Treks previous home of Paramount Studios.

While on his press tour promoting his latest film “The Kid Who Would Be King” Stewart has mentioned April as a start date, however, the latest issue of Production Weekly (a reliable industry news source) some more details for the upcoming Picard show’s producers have been hinted at, according to Production Weekly, the Picard show will begin shooting on April 14th with production going for five and a half months, with a planned wrap on October 1st.

With an expected 10 episode season this shooting schedule is considerably shorter than both Season 1 & 2 of Discovery.

Although the season is slated for only 10 episodes, Stewart himself described the season as a 10-hour movie and will be binge-worthy.

And the show is set up to run a potential 3 seasons.

Although nothing is concrete and thus the title has not been confirmed by CBS or anyone related to the show the Production Weekly report lists this as the show’s title.

Even though Star Trek: Destiny is listed alongside the working title of “Drawing Room.” The only concrete name we have and one that has been used by almost everyone involved is “Picard” even Star Trek: Discovery star Sonequa Martin-Green recently indicated the show could actually use “Picard” as a title.

It is worth noting that Star Trek: Destiny is one of a number of titles that CBS has trademarked over the last year, the other titles include, Star Trek: Revolution, Star Trek: Lower Decks and Star Trek: Starfleet Academy.

In an article on thathashtagshow.com, they seem to have found information regarding characters and their roles within the series.

Obviously, we know that Jean Luc Picard will be the series main man as the show is about his life after TNG.

But THTS seems to have more info, we want to stress NONE of the following information can be corroborated independently, however, if true these sure are some interesting choices.

Starton, a male of any ethnicity in his early 30s. He specializes in positronic brains and is terrified of space. He’s charming in a self-deprecating way and is excited about the research opportunities on Picard’s mission. It goes on to say that his demeanour will evolve over the series, but it does not say in what way.

Connie, a female who is also in her early 30’s. She’s African-American and has a quick temper, but is also quick to forgive. In addition to dealing with the loss of her husband, she is also avoiding a death sentence on her home planet. She’s a mercenary pilot who uses her ship to transport people to and from an artefact of some kind, though the ship is massively overqualified for that job.

Lawrence is a handsome man in his 30’s of any ethnicity. . . who has a dodgy moral compass? He’s the pilot of the ship Picard takes on his mission. Being a capable (and enthusiastic) thief, his loyalties are questionable.

Dr Smith is a male in his 30s or 40s of any ethnicity. From the description, it sounds like he’s an upgraded or wholly new version of the EMH. He’s described as a hologram who helps the crew through emergencies encompassing engineering, tactical, science investigation, and medical issues. He was programmed to learn but not become too self-aware. He’s calm, efficient, and empathic, but he sometimes has difficulties sorting out others emotional reactions to get at the facts.

K’Bar is the youngest of the leads. He’s a 17-year-old Romulan and the only child of what’s a mainly female Spiritual Order. A martial artist and considered a lethal weapon, he’s prone to mood swings and is committed to living in the moment with as much transparency as possible. He takes his devotion to Picard and his mission EXTREMELY seriously. . . obviously, they’re looking to find someone with Martial Arts experience, but also note that fencing is a plus as well.

Indira is a female in her early 20s of any Ethnicity. She’s extremely smart and physically agile . . . but maybe not so mature and a bit socially challenged because she tries too hard. Her intelligence often gets in the way of her manners. She’s cut off from home and her difficult mission puts a strain on her maturity. She’s still “finding her way in the wider world”

Alana is a female in her mid-40s to mid-50s and is of any ethnicity. She’s a brilliant analyst and has a great memory despite abusing drugs and alcohol. Often times she gets irritated with her own vulnerability and is certain of herself, even when she’s wrong. A former intelligence officer, she sees conspiracies everywhere. Her professional and personal losses weigh heavily on her.

Keep checking back for more info on the new Picard show, with the show set to start shooting soon we are sure to have more news in the coming weeks.

In the meantime, we leave you with the man himself announcing his return at STLV 2018