Star Trek, like all good sci-fi, draws its plots /storylines from the news of the time so as to make it relevant to those who may watch it and /or read it.

Very good Sci-fi takes those elements and expands upon them, possible extrapolating them into the future, as George Orwell did with “Nineteen Eighty Four” after his flirtation with Communism in the 1930’s.

In TOS , this was true with the episodes “Let that be your Last Battlefield” which brought into sharp relief the Civil Rights movement of the time, “A Private Little War” that mirrored the Vietnam conflict and of course “Space Seed” which presented us with Khan Noonian Singh, Star Trek’s “Prof. Moriarty” to Kirk’s “Sherlock Holmes”.

What relevance does “Space Seed” have in this context, I hear you ask? Well, it was the first instance in Star Trek lore that the subject of Eugenics was discussed and a possible outcome theorised. i.e the creation of a race of “superhumans” that with increased strength, endurance and intelligence also came with added ambition and other amplified traits, both good and bad. The result of this was, naturally, a “homo superior” that surmised its role in human society was to rule over its lessers which were, of course, the bulk of the planet’s population.

It didn’t end well for either party. 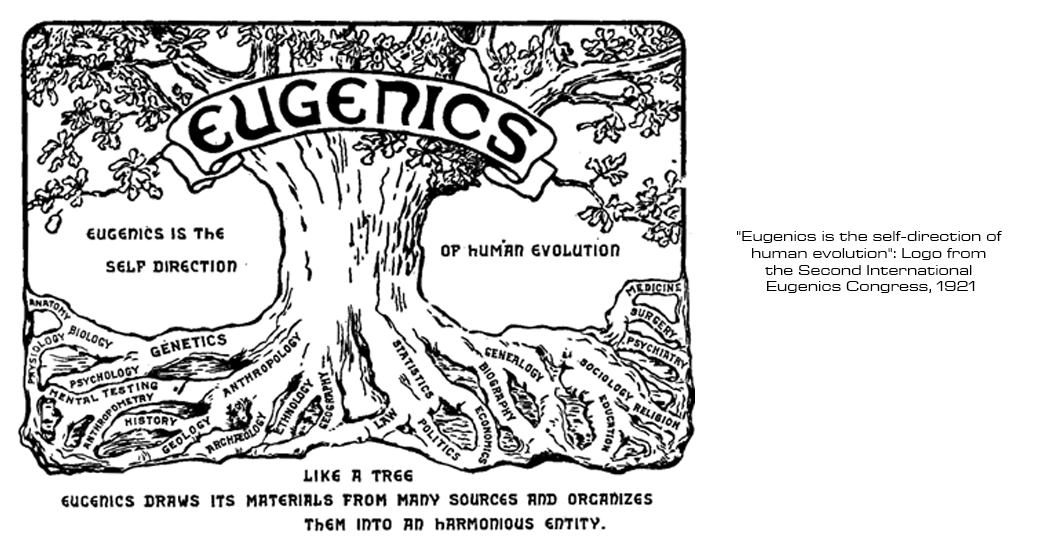 Postulated as far back as the ancient Greeks, Eugenics rose to prominence in the late 19th Century and gained further credence in the 20th. Frederick Osborn’s 1937 journal article “Development of a Eugenic Philosophy” framed it as a social philosophy—that is, a philosophy with implications for social order. It was all about “breeding” people like racing horses or farm stock for their “positive“ attributes. One basic problem with this concept is, …who decides what’s positive and what’s negative? Of course, the Nazis famously applied this model with their wishes to build the perfect Aryan race with blonde haired, blue eyed “breeding stock” but of course one tends to forget the other countries attempts to eradicate “negative” traits from their population both pre and post WW2.

Eugenics as a whole concept, based on the above ideas , faded as the benefits of “cross-breeding” became known .i.e that the broader the gene pool you can pull you can pull your population from, the stronger it will be, not subject to wholesale deficiencies that single lines of ancestry might be susceptible to. Besides, manipulating the minds of the people is easier and a lot cheaper.

Star Trek revisited this Eugenics concept again in Deep Space Nine and also in Enterprise, but this was more of an attempt to join together a number of “loose” storylines and fill in some blanks about the “old” Klingons v the “new” and give some back story to Dr Soong and by osmosis, our favourite android Data from TNG.

But the storyline in Deep Space Nine, where we find our beloved Dr Julian Bashir had his genes manipulated by his parents to increase his intelligence and motor skills raises an interesting point, especially in this 21st Century, where gene manipulation is actually possible, cloning has happened, embryos can be fertilised in a Petri dish and stem cell research is producing some amazing results but banned in some countries on moral grounds.

It is easy to adopt the high moral ground when its only an abstract concept.

But what would you do….for your child?

As a loving parent, what would be the limit to which that you would go to guarantee your offspring a better life than yourself or what you envisage they will have?

Easy decision or not? If it’s good enough for the individual, why not everyone?

A single person with no dependents will possibly have a pretty straightforward answer.

A parent reading this will probably have another…or not. Experience is a great teacher.

Love is a great motivator.

Where do you draw the line between what you think is right and what you want for your child?

We recently lost possibly the greatest mind of the last 60 years, a man who could call Sir Isaac Newton and Albert Einstein his contemporaries. What should Stephen Hawking’s parents have done, if suitable testing was available to them, when shown their son was to suffer from motor neurone disease for most of his life?

For further reading on this topic, you can follow these links.

The Science Of Star Trek – First Star to the Right