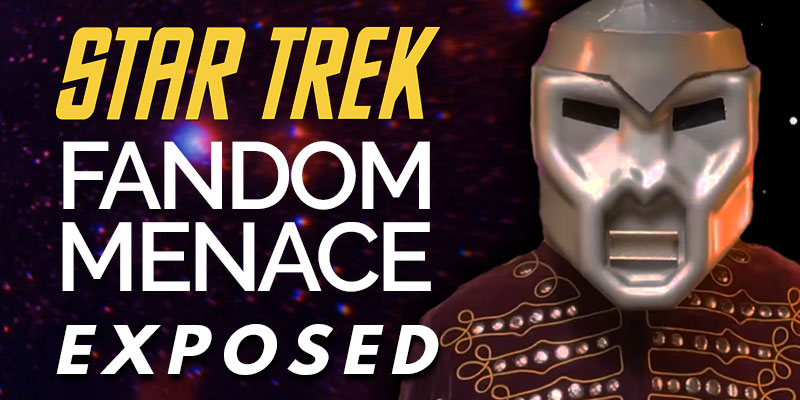 With Star Trek Picard breaking records, the Star Trek Fandom Menace has been hard at work trying to destroy it with their usual ‘insider sources’ and rumour-ridden videos.

The standard approach for that group…or is it?

I deep dive into the latest round of rumours and uncover a plot by 4chan that has been apparently been going on for a while to try and expose and humiliate the Star Trek Fandom Menace.

NOTE: For those that are asking ‘How does this expose the Star Trek Fandom Menace’, I say this: If they were so willing to trust these ‘sources’ then it brings into question all of their previously reported videos.

As I have said many times before, saying ‘its just a rumour no biggie’ before the video doesn’t do anything to deter people from spouting it off as fact and weaponizing it within the community. They have a responsibility to check sources or even have 1 bit of supporting evidence. This video shows that they don’t even know when they are being intentionally duped because they are in a mad dash to believe every negative thing about Star Trek. Their ‘sources’ are habitually wrong and continue to profit from feeding people’s negativity.

Note: The Star Trek Fandom Menace is a small group of people who ever since Star Trek Discovery was released in 2017 these individuals have been hell-bent on trying to do whatever they can to try and bring the new shows spearheaded by Alex Kurtzman down, they try to peddle rumours as facts all in the name of trying to bring back “real” Trek.

They have never been right in anything they have said and in fact when called out by fans or anyone with any real knowledge of the show and its inner workings, they double down and say it was just ‘rumours’ and they never said it was the truth.

Truth Or Myth – Star Trek V – Was It Really That Bad?