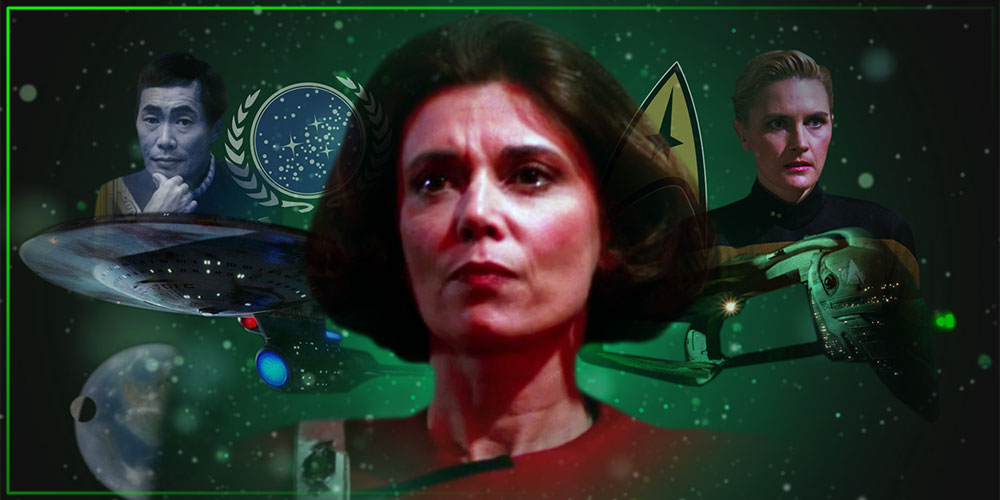 Hey guys, what’s up? Tyler here. So, with all the news and rumors surrounding a lot of the new Star Trek shows and movies, I’ve seen a lot of people discussing which particular eras of the Star Trek universe they’d like to see explored on screen. There’s a lot of eagerness among fans to see a return to Jonathan Archer and the Enterprise era, or a show set 10 years after Picard in the early 25th century, or even a Khan series set in the 1990s. But there’s one particular era of the Star Trek timeline that’s not often discussed and which we know comparatively little about…the so-called “Lost Era.” Now, I’m not here to talk about any rumors surrounding new TV shows—there’s plenty of content like that on YouTube. What I want to focus on today, from a historical perspective, is: What is the Lost Era?

“The Lost Era” is the name given by Pocket Books editor Marco Palmieri to the period of Star Trek history between the apparent death of James Kirk in 2293 and the launch of the Enterprise-D in the early 2360s. We get brief glimpses of events during the Lost Era in a few episodes, particularly during flashback sequences of major characters.

I touched on several of the major historical events that take place during this time in my video, “Star Trek’s Future History: 24th Century.” Among these notable milestones are the Tomed Incident, which preceded a 53-year period of isolation of the Romulan Star Empire; the beginning of the occupation of Bajor by the Cardassian Union; and the service of the U.S.S. Stargazer under Captain Jean-Luc Picard and the Ambassador Class U.S.S. Enterprise-C under Captain Rachel Garrett. Now, lately, I’ve been seeing a lot of love for Rachel Garrett and the Enterprise-C among Star Trek fans. The first female captain of an Enterprise, Garrett and her crew are most widely known in history for their sacrifice at the Battle of Narendra III, where the Federation defended a Klingon colony from massacre by Romulan warbirds.

This episode is notable for bringing back Lieutenant Natasha Yar, played by Denise Crosby. Yar had been rather unceremoniously killed in the season one episode “Skin of Evil;” this early departure of the character left a bad taste in many people’s mouths, and “Yesterday’s Enterprise,” with its time travel premise, was, I think, a very creative way to reinsert her character as it opened up a multitude of new possibilities. Because Yar learns from Guinan that she is “not supposed to be alive,” she volunteers to travel back with the Enterprise-C crew. Though most of the crew perishes in the battle, Yar survives and is taken prisoner by the Romulans, and she later gives birth to a half-Romulan child named Sela—who as an adult is also played by Denise Crosby—and Sela goes on to play an important role in Romulan interstellar politics. The full consequences of this timeline alteration arguably have yet to be explored. Sela reappears as a recurring antagonist in Star Trek Online, but in canon, post-TNG, we’ve only seen the secondary effects of her actions behind the scenes.

But what about the decades of Federation and galactic history that served as a “buildup” to the temporal alterations seen in “Yesterday’s Enterprise?” As many will point out, much of the first half of the 24th century was marked by an interstellar peace and period of steady expansion for the Federation. Besides a few border skirmishes, there were few major outside threats to the Federation’s dominance on the interstellar stage, and it was only with the wakeup calls of the Battle of Wolf 359 and the Dominion War that the Federation realized it had some serious gaps in its security.

Following the signing of the Khitomer Accords in 2293, the launch of the Excelsior-class Enterprise-B marked a new era for Starfleet, as the Enterprise was no longer under the command of Admiral James T. Kirk. According to various novels and reference materials, the Enterprise-B was notable for its exploration beyond the Gourami sector and making first contact with 17 different civilizations. It’s uncertain when the Enterprise-B was lost or decommissioned and succeeded by the Enterprise-C, though some of the Lost Era novels place its launch in the year 2332.

Speaking of the novels, there are about a dozen Star Trek stories published by Pocket Books that form the basis of The Lost Era novel series. Published between 2003 and 2014, the books shed light on various notable events during the late 23rd and early-to-mid-24th century that were briefly mentioned or, in some cases, never addressed on screen. As I pointed out earlier, the period of the Lost Era is when several major characters were born, grew up, went to the Academy, et cetera. Bookending The Original Series film era, the start of The Lost Era novel series follows the adventures of Captain Hikaru Sulu on the U.S.S. Excelsior in 2298. Subsequent novels depict the Tomed Incident in 2311, the Betreka Nebula Incident in 2328 that preceded the Klingon-Cardassian War, a mission of the Enterprise-C in 2336, a portion of Will Riker’s service on the U.S.S. Pegasus in the mid-2350s, the aftermath of the loss of the U.S.S. Stargazer around this same time, a covert mission across the Romulan Neutral Zone in 2360, and more.

Several traumatic events during the Lost Era impacted various characters, their crewmates, their families, and entire planets. Jack Crusher died under Jean-Luc Picard’s command, just one of many examples of the costs of service in Starfleet even during peacetime. Just beyond the Federation’s borders, there was the occupation and genocide happening on Bajor, deadly warfare between various interstellar powers, and the brewing of major threats like the Borg just beyond Starfleet’s reach at the time. Miles O’Brien witnessed the Setlik III Massacre during a war with the Cardassians, and Benjamin Sisko participated in the Tzenkethi War aboard the U.S.S. Okinawa. Whether it was these races or the Talarians, the Tholians, or presumably numerous others, the Federation was not without enemies during this time.

And that’s one of the biggest overarching themes of The Lost Era: the Federation was expanding, encountering species whose desire to expand their own borders led to tension and conflict. New technologies were developed, including isolinear computer circuitry and more advanced propulsion systems, but in a way, the Federation was culturally stagnant. With the Klingon Empire weakened after the destruction of Praxis and the Romulans withdrawn from interstellar affairs, the Federation’s two biggest adversaries no longer posed the threat they once did. The Federation evolved from a rather fledgeling collection of worlds forming a defensive military pact into one of the largest and most powerful governments in the Alpha Quadrant.

Their newfound dominance bred complacency: even by the 2290s, as we saw in The Undiscovered Country, the Federation was convinced of its moral superiority, and while they did not possess a tactical advantage over every species they encountered, they became convinced that it was their duty and obligation to spread their democratic values as far as they could. Though certainly not a 1:1 comparison, this is similar to the United States using its military prowess to try and contain the spread of anti-American ideals only to find itself challenged by the less well equipped, smaller nations where it intervenes. Except, the difference is that the Federation and Starfleet—with its commitment to the Prime Directive—chose not to intervene in every instance where it could, more or less standing by during the occupation of Bajor and later throwing the Maquis under the bus when their colonies were ceded to the Cardassian Union.

The Lost Era is a fascinating period, and one of the things that are so intriguing is just how little we really know about the minor details that comprise it. On Earth, the Federation’s quasi-post-scarcity economy would continue to provide a comfortable standard of living, while just beyond the Federation’s borders, conflicts would persist. I think this would be an amazing time period for future instalments to explore as it sets the stage for what we would eventually see during The Next Generation era.

Thank you all for watching! I definitely want to hear your thoughts in the comments. If you enjoy content like this, becoming a patron at patreon.com/orangeriver is a great way to support me. 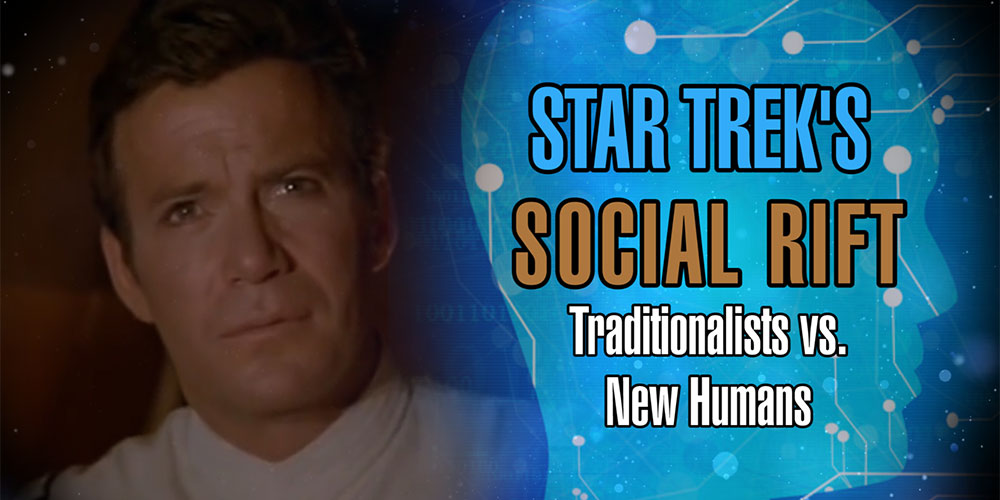 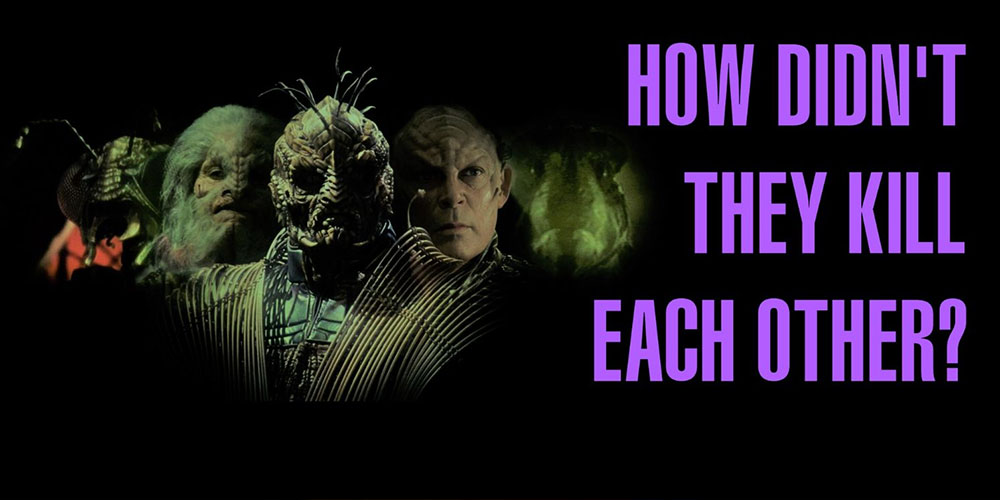 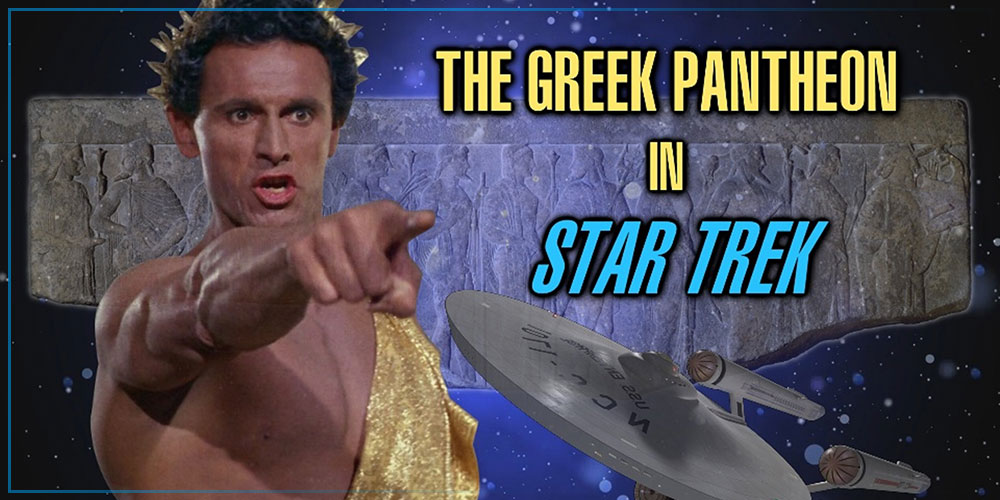 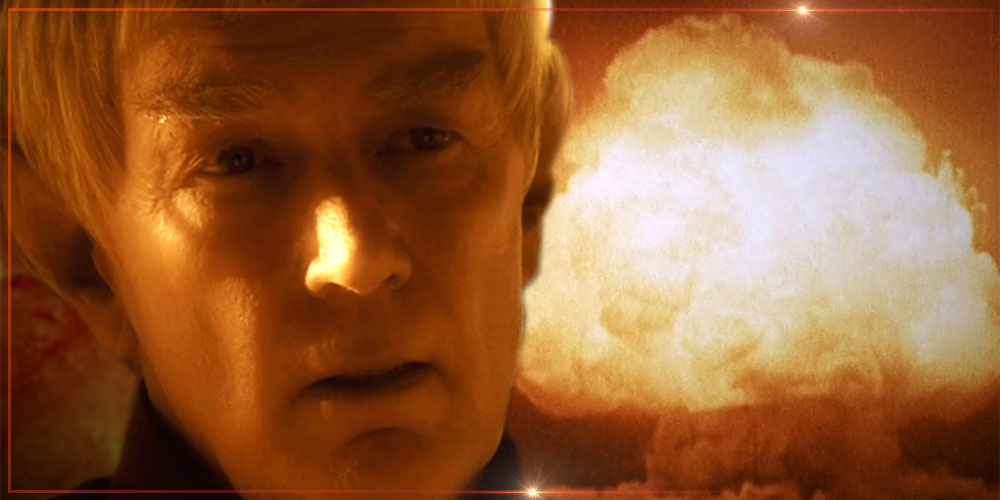