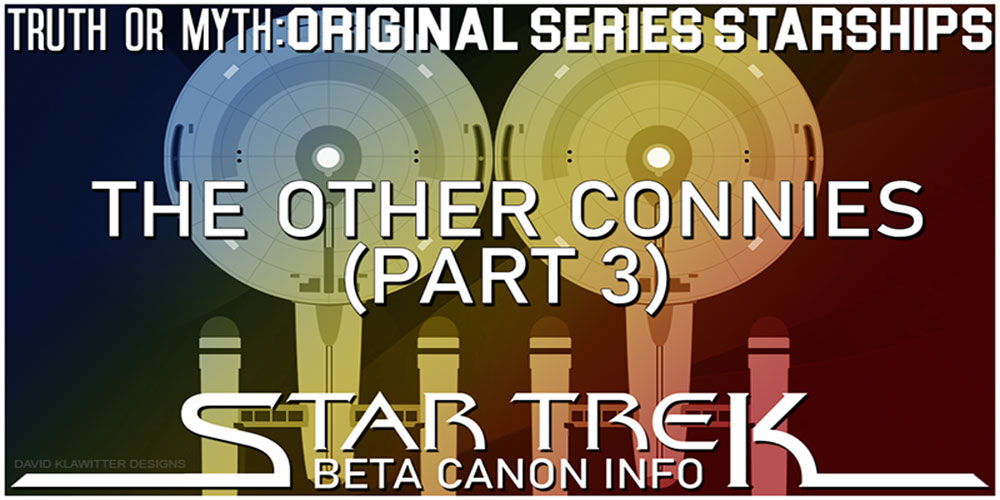 Truth OR Myth? Beta Canon Starships – The Other Connies Pt3

Hello and welcome to another episode of Truth OR Myth Beta Canon,  a Star Trek web series that dives into the history of any given topic using Beta Canon sources using my own imagination to fill in the gaps, and create a cogent narrative.  In today’s episode, we’re taking a look at some of the other Constitution Class Starships and their histories.

Because this IS a Beta Canon video, all information relaid should pretty much be taken with a grain of stardust, and only considered a little bit of Star Trek Fun!  And so, with all that out of the way, let’s begin.

One of the most famous starships in Starfleet History, the adventures of the U.S.S. Enterprise NCC-1701 and its crew are well known to all.  But what about the other Constitution Class Starships?  What are their stories?  Well today, we find out…

The USS Defiant NCC-1764, was constructed at Tranquility Base, Luna. She was the last of the original thirteen Constitution-class starships to be constructed and commissioned.

Though originally intended to continue the Constitution Classes 5-year missions profile, rising tensions between the Klingon Empire and the United Federation Of Planets would keep the USS Defiant on patrol missions on the Klingon border.

During the Federation-Klingon War of 2256, the Defiant was assigned to patrol Sector 006 and would head up the entire war effort for that sector, engaging many Klingon Vessels during those patrols, always winning the battles, and keeping Sector 6 Klingon free.

During the War, the Defiant, under the command of Commodore Jarv Maxwill, was escorting convoy Y-16Z to Deuteronomy III, when they were ambushed by a small Klingon task force whose intent was not only to prevent the convoy from reaching its destination but also to destroy the Defiant itself. Commodore Maxwill, being one of the Federations foremost tacticians, was able to repel the attacking Klingon House and the ensuing battle became known as the Attack of Convoy Y-16Z.

After the war, the Defiant was refitted with new technologies, like most of the surviving Constitution class starships.

In late 2265, the Defiant returned from her first five-year mission which was hailed as a complete success.  It’s then Commander, Captain Serling stepped down as commanding officer and was replaced by Captain Thomas Blair who took the Defiant out on her second five-year mission in early 2266. But once again, with tensions increasing with the Klingon Empire, and the Romulan Star Empire re-entering galactic politics with a vengeance, the USS Defiant was once again posted to patrol duties, this time in the area where the Federation, Klingon, and Romulan Borders met.

In 2268, the Defiant answered a distress call from the Klingon colony on Traelus II.  A landing party discovered no Klingon survivors left on the colony, but they were able to recover a land-based web generator of Tholian origin, attempting to warn the Federation of the increased Tholian aggression, the Captain ordered the Defiant back to Federation space at maximum warp, but soon found themselves being pursued by three Tholian vessels.

Trying to escape the Tholians, the Defiant entered spatial interphase and became trapped there. Captain Blair managed to get a distress call out to the U.S.S. Enterprise before the crew succumbed to madness and started to kill each other, however, by the time the Enterprise arrived at the Defiant’s location, three weeks later, the crew of the Defiant were dead, and the ship had been drawn deeper into the interphase. Interference from the Tholians stopped the Enterprise from trying to retrieve the Defiant and she was left behind disappearing from our dimension.

According to classified records, The U.S.S. Defiant then emerged in what has been termed as the mirror universe in the year 2155, where it was captured by the Tholians of that time, and taken to a secret facility to be dissected and examined. Commander Jonathan Archer of the Terran Empire ship ISS Enterprise learned of the ship and led a successful mission to capture it for the empire.

Archer, Taking the Defiant to Earth, in order to take over the empire would end up poisoned by Hoshi Sato and she would use the futuristic starship to install herself as Empress of the Empire.

When Starfleet refused to surrender, the Defiant was forced to engage a fleet of seven Terran vessels; including the Empires finest dreadnought. Despite this, the Defiant was able to disable the Dreadnought and destroy the remaining starships before bombarding Starfleet Headquarters from orbit, eliminating the entire facility.

Sergeant Travis Mayweather was appointed the ship’s Captain, and over the next few months, the interior and exterior appearance of the Defiant was modified to reflect the propaganda of Empress Sato. The Defiant was also the subject of a massive attempt to reverse engineer its systems for installation on other Terran vessels. And this attempt would end up making the empire one of the strongest forces in the galaxy.

In 2160, the ISS Defiant was sent to the Devolin system to search for a potential rebel base. This was revealed later to be a ploy by General Shran to get the powerful ship away from Earth, leaving it vulnerable to a rebel attack with Shran eventually able to kidnap the empress herself.

The Defiant under Captain Meyweather was successful in mounting a rescue of the Empress and after her successful rescue, Empress Sato discussed with the Regent of Vulcan T’Pol about sending the Defiant into an unexplored region she had learned about during her captivity, to make first contact with a race believed to inhabit the area known as the Romulans.

By 2256, information on the true origins of the Defiant were stolen by the rebellion and stored aboard a datacore on a Klingon warship. As part of his plan to seize the Terran throne, Captain Gabriel Lorca tricked the Prime Universe Discovery in to the Mirror universe and used the defiant information retrieved from the datacore to set his plan in motion to take the Empires Throne for himself as Lorca actually had originated from the Mirror Universe.

Teaming up with Empress Phillipa Georgeou, Michael Burnham was able to defeat Lorca, and the USS Discovery returned to her own timeline. Upon its return to the prime universe, all data on the trip to the mirror universe was classified by Starfleet. And as a result the crew of the U.S.S. Defiant was unaware of what would be their ultimate fate…

The Potemkin’s shakedown cruise was cut short when Starfleet Command decided to include the starship in a task force investigating the destruction of Starbase 18. In 2265, under the command of Captain Konstantin, the U.S.S. Potemkin was sent to the planet Nador with Federation troops to resolve a hostage crisis on that planet but was called off by Captain James T. Kirk after the Enterprise crew resolved the crisis.

In late 2267, the Potemkin, under Captain Mikel Garson, the Potemkin was part of a task force under the command of Admiral Jake Iota sent to stop a supposed Romulan invasion.

In 2268, the U.S.S. Potemkin participated in the disastrous M-5 computer tests against the U.S.S. Enterprise, and although receiving minor damage, was virtually unscathed during that battle.

In 2269, the U.S.S. Potemkin discovered a derelict Klingon starship and was able to salvage a number of Klingon technologies and information, before having to destroy the Klingon Ship to prevent the Empire from realizing they had done so. This recovered technology was sent to Starfleet Command on Earth, where it was then analyzed and used to update Starfleet Technology in the Constitution Refit program.

The Potemkin was eventually towed back to Earth, while Starfleet decided what to do with the Starship.  Meanwhile, the U.S.S. Enterprise underwent her major refit, a time consuming and resource-intensive upgrade.  And because of these reasons, Starfleet declined to refit any other Constitution Class starships, rather deciding to replace all the ageing ships with Newly Constructed Refit versions of the class… The Potemkin however, was repaired, and refit with a few minor upgrades, and sent back out into space while Starfleet Built these new starships.

In the year 2275, the Potemkin had been assigned to the Sol system, where it would continue to be stationed until 2280 when it was decommissioned and replaced by a Newly Built Constitution Class refit Starship.

Though many of the Constitution Class Starships would meet an untimely or disastrous end, no one can deny the impact this class had on both Starfleet and the United Federation of Planets.

And ingenious evolution in both design and technology, the Constitution Class would be viewed as a jewel in Starfleets Crown, eventually receiving a refit and upgrade that would see this class continue well into the next century.

And because of starships, such as the U.S.S. Defiant and the U.S.S. Potemkin, their commanders and crews, the Constitution Class would become one of the most famous classes in the federations, earning these starships their place, in Starfleet History…

Thank you for watching today’s episode of Truth or Myth, what do you think of the Beta Canon history for these Constitution Class Starships?  Do you think more information on these starships should be included in the Strange New Worlds Series?  Well leave your comments in the section below and don’t forget to like the video and subscribe to the channel.

What to help the channel patrol the Sol System? Then just click HERE to become a channel Patron… 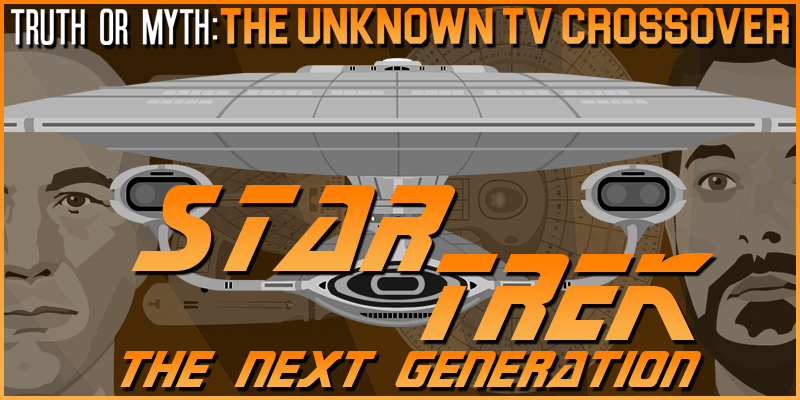 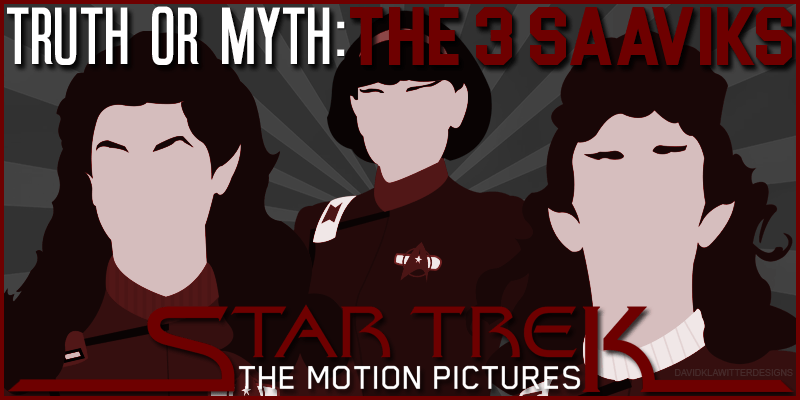 Truth OR Myth – The 3 Saaviks… 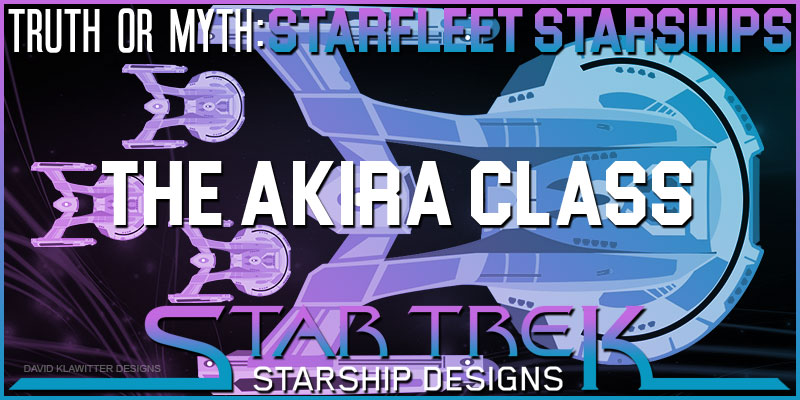 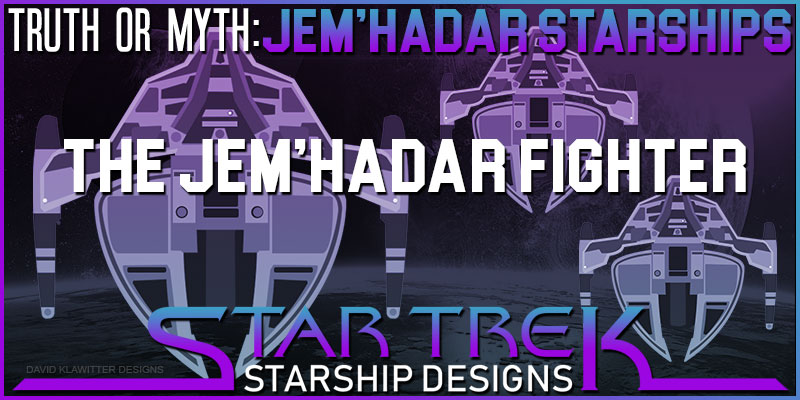