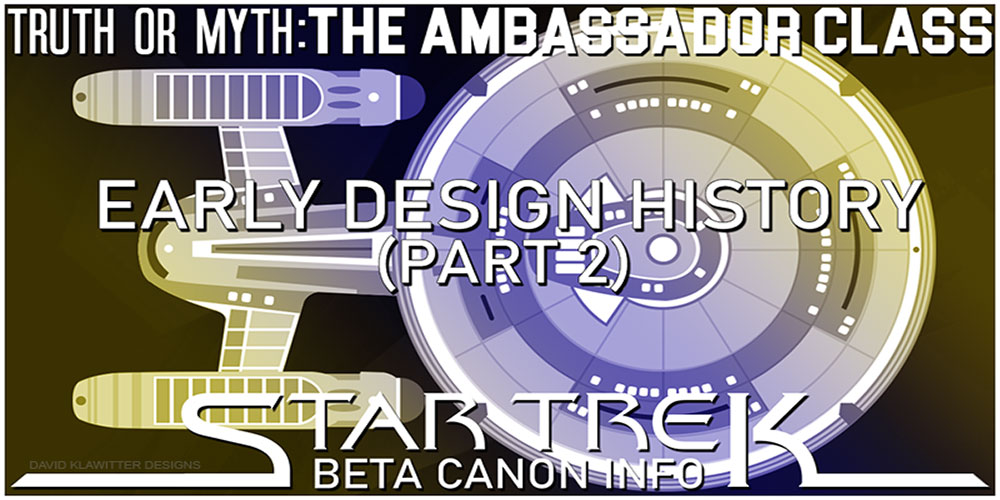 Hello and welcome to another episode of Truth OR Myth Beta Canon, a Star Trek web series that dives into the history of any given topic using Beta Canon sources and my own imagination to fill in the gaps. In today’s episode, we’re continuing our look at the Ambassador of Starfleet Starships, where Ill endeavour to create a cogent narrative to explain how this Class of Starship came to exist.

Because this IS a Beta Canon video, all information relaid should pretty much be taken with a grain of stardust, and only considered a little bit of Star Trek Fun! And so, with all that out of the way, let us begin.

Starfleet Command presented the Federation Council with a new starship class they wanted approval to begin construction on. But once constructed, it was discovered that the Ambassador Classes Duotronic Computer Core was simply not up to the task of running the Starship Classes Systems. And Starfleet’s Admiralty made the decision to falsify reports on the Class to the Federation Council, declaring it a triumph, while they attempted to solve the problem.

Furthermore, thanks to a breakthrough in computer technology by the Daystrom Institute, Starfleet Command believed they had done just that. But because of the extensive overhaul required to make an Isolinear Core driven Ambassador Class viable, Starfleet needed a miracle to keep the truth about the Class from the Federation Council and it’s member worlds.

Also, that miracle would end up coming in the form of several border skirmishes with a Galactic Power known as the Cardassian Union, giving Starfleet the time they required to update the U.S.S. Ambassador, and by 2338, relaunch the class for a brand new Shakedown Cruise, but would the Ambassador Class now become a success for Starfleet Command? And would Starfleet be able to keep the Truth about the Ambassador Class for the Federation Council? Well stay tuned and find out!

Testing its tolerance, Starfleet would bring all the starships systems on line to full capacity, while simultaneously feeding the core several computer-intensive computations and problems for the core to work on. Amazingly, the new Isolinear Computer core was not phased at all or bogged down in the slightest. All the tests were proceeding well in the class, but again there was a problem because the design of the entire starship was based on Duotronic Computer Systems and Components, many of the systems aboard her, had to be redesigned in to a hybrid of sorts between the vastly different technologies.

As a result, many systems did not function up to the original expectations of the Class, making it only a slight improvement over her Excelsior Class sisters, and the truth was, that the new Isolinear Technology showed far greater potential then the class was able to utilize. however, due to Starfleet continued deception about the Class to the Federation Council, they were hesitant to bring any scrutiny to the class by asking the Federation Council for more resources to completely redesign the Starship Class with all new Isolinear components from the ground up.

The Enterprise B, after being commanded by Captain John Harriman for 34 years, was decommissioned after receiving extensive damage, repelling a small task force of Cardassian Starships sent to occupy the Federation Colony at Minos Korva.

And under the command of Captain Rachel Garrett, the U.S.S. Enterprise C would be launched in 2340, to great pomp and circumstance. Rachel Garrett and the Enterprises C’s missions would be highly publicized, Garret and her crew following the best traditions of Starfleet, Garret herself joining the likes of Kirk and Harriman as hero Captains of the Federation. But in 2344, the Enterprises C’s illustrious career would be cut short and the starship would be lost with all hand defending the Klingon Outpost at Narendra 3. Since 2293 the Klingon Empire and the Federation have been in negotiations to end hostilities between the 2 galactic superpowers.

Amidst the Destruction of the Klingon Moon Praxis, their key energy production facility, the Federation was in a unique position to assist the Empire and prevent it’s total and absolute collapse. But the peace negotiations had been a slow and complex process, making many in the Federation believe that true peace would never be achieved, but suddenly, thanks to the sacrifice of the Enterprise C, defending their colony, the Klingon Empire had changed its tune.

Many in the Empire saw the Federation as honourable allies, and a completed version of the Khitomer Accords would be signed in short order, cementing the peace between the 2 desperately different, superpowers. But, as was standard procedure, and due to the outcry across the Federation, the Federation Council would begin an inquest into the Enterprise-C’s destruction.

While going through several records of both the ship and the class, the Inquest team began to find several inconsistencies in Starfleet’s records on the Ambassador Class itself, which would lead the investigating team to dive deeper into the entire situation, eventually uncovering Starfleet’s deception. With the statistics and performance reports originally provided for the class, versus the information that Starfleet Intelligence had gathered on Romulan Starship Designs, everyone was surprised when the Enterprise C was destroyed by 4 Romulan Ships while defending the Narendra Colony.

This simply should not have happened, as the Romulan ships, even though there had been 4 of them, should have been no match for the Federation Flagship. Making matters worse, 2 of the Romulan ships had been 40 years old Warbirds.

She would have the investigative team present their finding on the Federation News Network with a twist, having the team find that the destruction of the Enterprise C at Narendra be technical faults with in the new Isolinear Technology, as it hadn’t been developed as extensively as it should have been before including it in the Ambassador Class. Recommending all current starships of the class, be reclassified to in core systems service until a few reviews could be done on the class, and any potential problems fixed by Starfleet.

With a new the new council in place for Starfleet, the Federation President would order their first piece of business to be solving the Ambassador Class problem, to allay any lingering fears the Federation Member Worlds might have in the class and to get the Ambassador Class starships already serving in the fleet, back to the front lines of Federation, effectively restoring faith in the Class, and ultimately, after extensive refit and redesign, Harriman’s teams would in fact solve the problem, though being far too late in the game to make any difference.

You see, by the late 2340’s Starfleet’s design teams were deep in Project Galaxy. Creating several new starship designs completely based on Isolinear technology ,and instead of simply presenting the Federation Council with theories and promises, Harriman was able to use a new Starfleet Technology, based on Starfleet Holo Technology of the 23rd Century, to present actual solid data on several of Projects Galaxy’s Starship Designs including the proposed namesake of the Project, an extremely large and advanced starship design.

So the Federation would throw its full support behind the new Galaxy Project Starship Classes, and the Ambassador Class would begin to fade from existence, even though several of the Narendra Class variants had been constructed. By 2355, Construction on the Class and all it’s variants would be completely halted, all Starfleet’s resources being diverted to the new Galaxy Class style starship lines, although considered a failure by most Starfleet Historians, the mistakes made with the Ambassador Class would lead to several reforms in both technologies and politics for the Federation. No longer would Starfleet have a free hand through out the Federation, engaging in what was known as “Cowboy Diplomacy” by several Member Worlds.

From this point forward, Federation Regulations and Laws would more strictly upheld, and every decision made by Starfleet Command and it’s personnel would be thoroughly documented and and kept a close eye on by a special judicial oversight committee created in 2349.

And this major political change in the Federation, would resonate down through the ages, earning this Class it’s place, all be it not it’s intended place, in Starfleet History…

Thank you for watching today’s episode of Truth or Myth Beta Canon, did you enjoy the story I created here to explain the lack of Ambassador Class Vessels seen in TNG and DS9? Would you like to hear the story of the refit Narendra Variant of the class? Well leave your comments in the section below and don’t forget to like the video and subscribe to the channel.

What to help the channel uncover all the deepest darkest secrets of Starfleet Command? Then just click HERE to become a channel Patron… 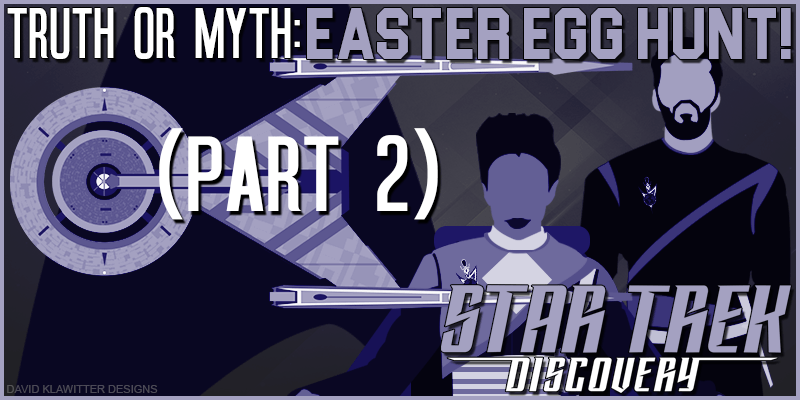 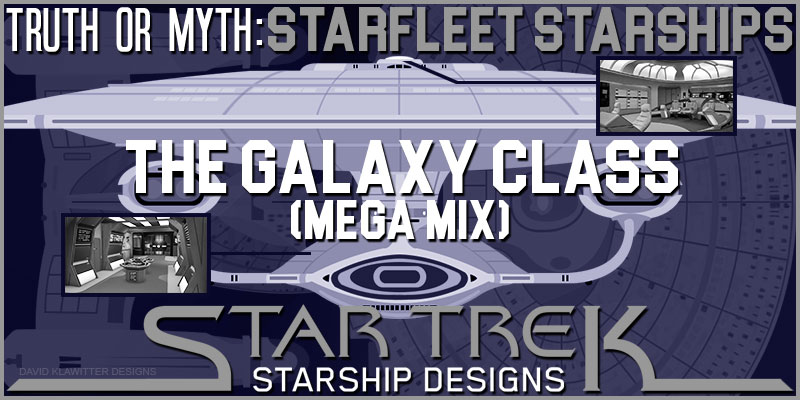 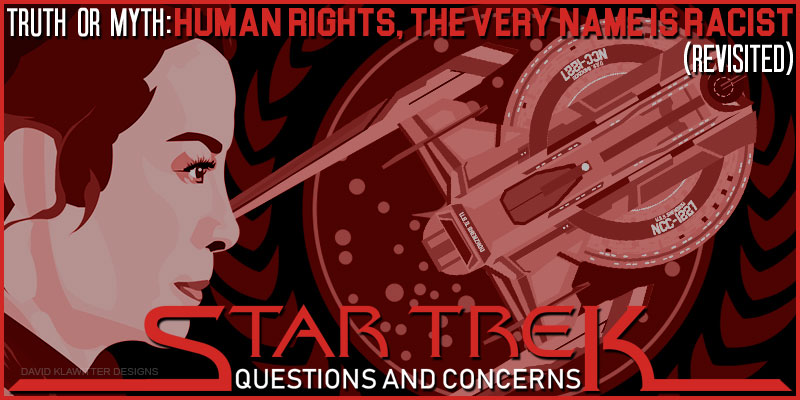 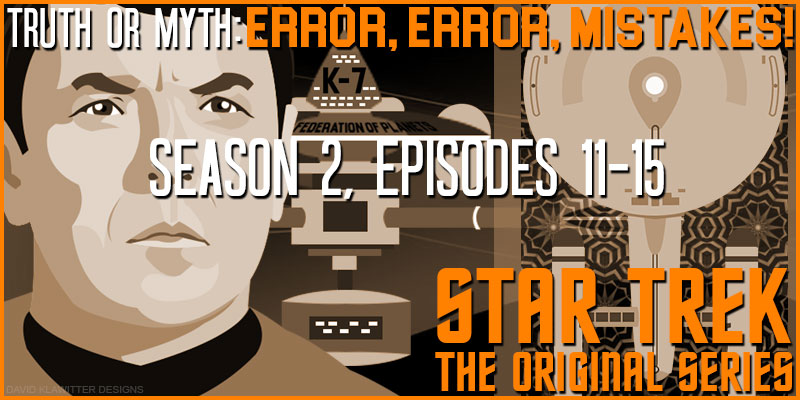