When you look at the 50 plus years of history of Star Trek, one thing becomes clear: any statement that begins with ‘Star Trek is not about’ is false. Star Trek is about EVERYTHING. It is an action/adventure show, hard sci-fi and science fantasy combined an allegorical examination of contemporary humanity, a philosophical examination of humanity’s purpose, a dream, an aspiration, a hope, a promise…Star Trek is everything.

For Star Trek, there are no real limits to what can be done, or how it can be done. So, it might seem counter-intuitive to hear me say that an LGBTQ character in Trek is not something that should be done.  And yet, here I am, saying that the new Star Trek Series “Discovery” has announced that they will have an openly gay character, and I am telling you it is a bad idea.

It’s not because Star Trek and the values it represents are antithetical to the LGBTQ community; LGBTQ is just one more facet of ‘IDIC’.

It’s not because homosexuality is ‘evil’ or ‘perverse’ or whatever another pejorative adjective one would want to assign to it; morality is subjective, and often irrational, emotional, and rather silly, so passing judgment on someone else’s life is foolish and pointless. ‘Evil’ knows no orientation preference, and ‘good’ is within anyone, no matter which way the door swings.

It’s not because sexuality has no place in Star Trek; I submit to you James ‘seduce the hostile alien’ Kirk, William ‘chicks dig the beard’ Riker, Mr. ‘Fully Functional’ Data….and let’s not forget T’pol, 7 of 9, Dax, Troi and those lovely Orion Dancers.

It’s not because the writers are going to screw it up…though this one does worry me some. The Producers have assembled a team of writers that include folks who are not only some of the best and brightest from Trek’s own history, but just phenomenally talented writers related to Star Trek and non-Star Trek stories alike, these guys are good, some of the best. But even the best writers will have a hard time hitting the right balance when they start tackling some of the trickier issues society faces today.

The true problem lays with the viewing audience…The fans and potential fans.

The problem with any Ideology, even one as seemingly noble and ideological as ‘Infinite Diversity in Infinite Combinations’, is that those who believe in that philosophy can believe HARD, and idealism becomes a fanatic. And we live in a world where ideological conflicts are a constant source of hate, and divisiveness, and antagonism.

There are two kinds of fans that are going to create all sorts of problems for this show because of an openly gay character. First, you have the bigots, the homophobes, the religious fundamentalists, the folks who despise, fear, dislike, and oppose homosexuality and homosexual people.   (I think it’s fairly obvious why THEY are going to be part of the problem.)

The second kind of fan that is going to be a problem will be the fans that hate bigotry, that fight against oppressive and discriminatory people, that fight for equality for ALL, and are offended by homophobic people. The people who read the previous paragraph and said ‘screw those bigots…I am not for them, they don’t deserve to be fans if they can’t be more liberal.’

Star Trek is not for people who are intolerant.

Now, take a minute to go back and re-read the first paragraph of this blog….are the three statements I just wrote true, or false?

It happens far too often in all sorts of forums: fans argue. They squabble, they bicker, they debate, and they fight. They fight over which captain was the best, they argue over whether Janeway made the right call in killing Tuvix, they nitpick any little detail in the ‘bad’ Trek and criticise anyone who nitpicks the ‘good’ Trek.  It makes sense; anything we feel strongly about is something we will argue passionately for or against. The problem is that there is so much negativity.

I’ve seen it far too often, and I’m sure you have too: in an online forum or discussion, someone has said things like ‘if you don’t agree with____, you don’t belong in this group,’ or ‘your moral and ideological position contradicts the true meaning of Star Trek and ‘you aren’t a real fan if you don’t like____’. The message of ‘you do not belong here/get out’ is often followed by ‘you missed the lesson Star Trek teaches us about a better point of view. And the people who say such things don’t even realise how horrible and destructive their statements are…if you exclude and exile the bigots, if you really believe they need to stay away from your Star Trek because they don’t think the right way, then how the hell are they supposed to learn the lessons Star Trek is trying to teach them?

If you are not a bigot, then you are the one who learned nothing from Star Trek, because you already knew the answer.  Even then, though, Star Trek has a lesson for you, if you are willing to learn it. That lesson is the core of what ‘IDIC’ represents. The lesson is so incredibly simple and obvious; some people are incapable of seeing it.

The lesson is this: Star Trek is for EVERYONE.

Star Trek is made for Bigots.

Star Trek is made for the Atheist.

Star Trek is made for the Religious.

Star Trek is made for the sinner AND the saint.

Star Trek shows us a better future, a future free of bigotry, poverty, conflict, etc., and then finds ways—subtle ways, not the crude and imbecilic ‘GTFO’ of internet crusaders—to examine the flaws of contemporary humanity in a way that gets the lesson home without demeaning or belittling the person you are trying to teach. It instead WELCOMES them, takes them in, and shows them a better world that they have every right to be a part of. But too many fans would rather cast them out and attack the bigot, part of their righteous crusade to make the world a better place…the end justifies the means, and to hell with ending bigotry, just attack the bigots.

TOS gave us ‘Let That Be Your Last Battlefield’ an episode where black/white faces and white/black faces fought each other over incredibly silly things like skin colour. Gee, I wonder who would find such an allegorical lesson something they should consider. TNG gave us “The Host”, where Dr. Crusher falls in love with a man, a Trill…and when the Trill changes hosts, the man is now a woman, still the same person, still the same feelings for Dr. Crusher…but she no longer feels the same way. DS9 gave us several more episodes about the Trill, showing, through this alien’s life, that who a person is and how they love is not bound to one gender configuration, that there are more important aspects.  With seven series, 13 movies, and hundreds of books, comics, etc. etc. etc., there are many more examples. Star Trek has spent five decades trying to appeal to as many people as possible, from all sorts of cultural and ideological viewpoints, and it is something more than just a franchise…it’s an opportunity to reshape the world and bring us all together.

All these examples are the ones the anti-bigots point to as being the philosophy Trek represents…but the subtext of their statements is not ‘this is how we all should be’; it is more ‘I am right and my ideology is superior!’  So, they have those human flaws of hate and petty struggles to establish dominance or whatever primate instinct they are doing, and they completely miss the point.

Star Trek Discovery provides yet another opportunity for the writers to play in that sandbox, to show us through metaphor our own flaws and foibles, a chance to make the world better by reaching out to the intolerant and the misinformed and hopefully get them thinking about being a part of something bigger and better than themselves…..but the fans will just use it to attack people they don’t like, wrecking an opportunity to turn an enemy into a friend, because they value victory more than peace. The fans are going to selfishly ruin Discovery’s attempts to enlighten the human race.  They don’t see that the homophobe and the gay man have an opportunity to come together and get to like each other because both love Star Trek; they only see an opportunity to insult and degrade a human being who isn’t as liberal or enlightened as themselves, and they don’t even realise they are just causing the resentment and hate to fester and grow within the bigot, making things worse for the world instead of better.

I really hope the writers for Discovery deliver a brilliant show, and I think they will…but I’m also fairly certain that when they do give us something amazing, the fans will screw it up.

The simple fact is as fans we are not ready for an openly gay character in Star Trek…but we do need one; it is long overdue. 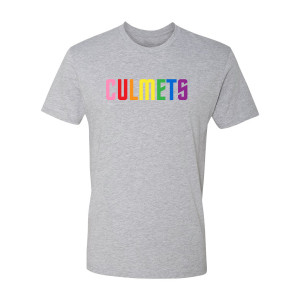 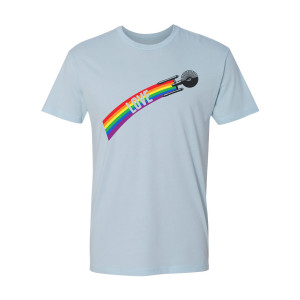 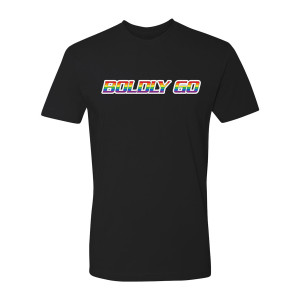 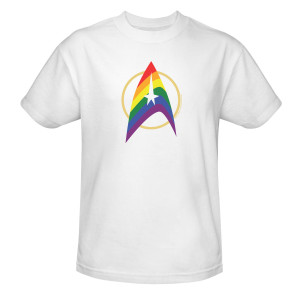 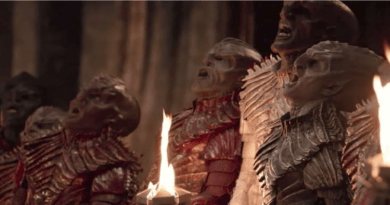 Discovery’s Timeline/Universe?, We Asked The Writers…