With the close of Star Trek: Discovery’s sophomore season, we’ve now had the opportunity to experience Christopher Pike as interpreted across two timelines and by four actors. Now seems like an opportune time to really explore the future of Christopher Pike in light of those who have inhabited his stripes.

Jeffrey Hunter’s stint as the Enterprise commander may have only lasted one episode (three, if you count “The Cage” and “The Menagerie” I and II separately), but many fans found him an endearing character, one they sought to learn more about. From the initial pilot, however, we are given a relatively myopic view of Pike. Not quite broken, he’s a commander overwhelmed – today we would call it burnout – and ready to leave the service. The battle at Rigel that preceded the events of “The Cage” has left Pike in a state that is vulnerable, making him the perfect target for the Talosians.

The heroic space commander begins to shine through as Pike recognizes what is going on, how he is being played, and how he chooses to play his game. In the process, an insistent spirit returns to his approach, and he draws strength from his values, his crew (especially his First Officer), and from Vina herself. Pike becomes the blueprint for a starship commander, one that would later evolve with Hunter’s journey away from the role, and William Shatner’s iconic portrayal of James T. Kirk.

While Shatner’s Kirk left Pike in the shadows, and Sean Kenney was left to play the scarred, voiceless Pike in Roddenberry’s framing story for footage re-use, fans began developing a thirst for Christopher Pike. Novels and comics have told stories (at times contradictory) about Pike, but in terms of canonical on-screen material, we’ve held our collective breaths for a very long time. Hunter’s portrayal, while clearly exhibiting a situational evolution, left a lot open for interpretation.

Enter Bruce Greenwood inheriting the yellow shirt in Star Trek (2009), and demonstrating a Pike who is intuitive, concerned, and a proponent of the heroic and important role of Starfleet and the Federation. He embodies everything we would expect of a Pike who had risen to the kind of prominence that he was in consideration for promotion. He has a humorous edge, a serious spirit, and the best interests of others at heart.

These qualities, while manifest in subtly different ways inhabits Anson Mount’s adventures on Discovery in season 2. The differences are obviously explained by the differences in the timeline, but we might assume that Kelvin-verse Pike never went to Talos IV, perhaps never had the battle at Rigel, and managed to avoid Class J Starships. Yet Kelvin-verse Pike and Discovery Pike come across as variations on the same person, and both carry with them the spirit of Jeffrey Hunter’s original Pike.

Anson Mount’s Pike is, however, able to stand above either Hunter or Greenwood for one very important reason – his work with the role spans an entire season of television, giving us the opportunity to truly discover who Pike is. Mount has also had the advantage of an established cast to play against, grow into, and then to separate himself from. Likewise, a certain canon-intertwinement inherent in his presence in Discovery(as opposed to the Kelvin timeline films) inspires strong work to make the role uniquely reflective of Mount while calling to mind Greenwood, Kenney, and Hunter in the role.

The coming months will give us some more opportunities to explore Christopher Pike – IDW has announced a comic series that will explore the impact of the events of season two on Spock, and it seems inconceivable that Pike won’t be present. The forthcoming novel “The Enterprise War” by John Jackson Miller, also promises more Pike goodness… but for many fans, this is not enough.

Anson Mount’s portrayal has transformed Pike from curiosity to wildly popular. Fans are surely aware of the various online petitions and letter writing campaigns advocating for a Pike-based series. With Kurtzman’s insistence that he wants to develop a comprehensive portfolio of Star Trek, this seems like a no-brainer. But a Pike series must be linked with one specific element of Star Trek canon in order to be successful.

It must be linked to Spock.

Spock is Pike’s Path to the Future

Even in the final shots of Discovery’s finale, Spock is the focus. Pike serves to give us, as fans, a lens to explore Spock’s continued evolution from a half-Human / half-Vulcan struggling to find his way in the universe to a highly competent, and externally controlled (though inwardly conflicted) centrepiece of the Enterprise crew in a decade’s time.

CBS and the showrunners have a natural jumping off point for a new series, focused on Spock’s journey… thus the future of Pike, Number One, and the crew of the pre-Kirk Enterprise have a natural link to Ethan Peck’s Spock evolving over the course of a new series. This is the key.

There are fans who will surely baulk at the idea of anyone challenging Leonard Nimoy’s real ownership of the Spock character. While Zachary Quinto did an acceptable job, Ethan Peck’s screen time has built up an ethos that complements Nimoy’s, and his ability to play off of Anson Mount with apparent ease really gives a hope that there is a strong foundation for a new generation of voyages aboard the starship Enterprise. 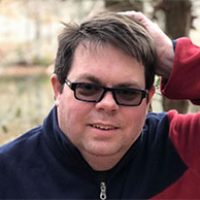