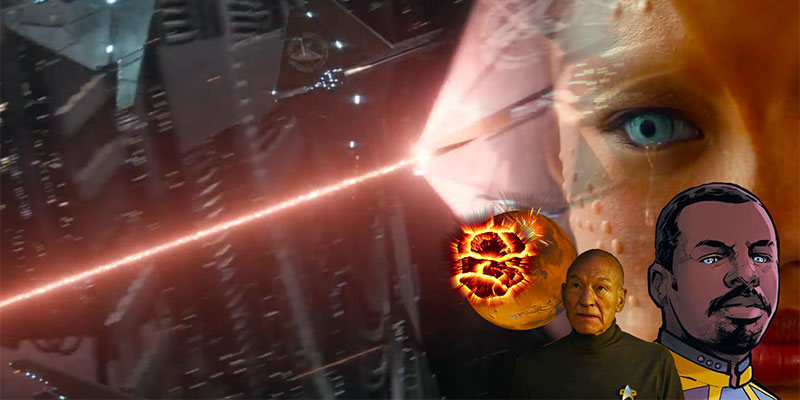 If you’re watching this video, then it’s likely to assume you have seen the new Picard trailers that have been pumped out by CBS to advertise the shows first season premiere in January 2020. And if you’ve seen these trailers, you’ve likely asked yourself…what is happening with Mars?

In almost every promotional video for Picard, there are quick flashes of what appears to be Starfleet fighters attacking the planet and a large space station in orbit. But what is really going on you may ask? Well, I think the show creators are leaving a few clues lying around to help guide us to those answers.

Don’t believe me? well, let’s review the evidence to support my theory.

Star Trek: Picard will air on January 23rd 2020 at 20:30 pm ET on CBS All Access in the USA, CTV SCi-Fi/Crave TV in Canada and will be released the next day January 24th 2020 on Amazon Prime Video Internationally.