I am a first generation Star Trek fan. The Original Series debuted about a year before I was born and concluded when I was almost two years old. I watched the show after school while it was in daily syndication in the mid-1970s, along with my other favourite show at the time, Batman starring Adam West.

Back then, kids could easily discover Star Trek in organic ways. The show was in syndication across the country on broadcast television. The Animated Series aired on Saturday mornings on NBC. Trek-themed toys were in Toys R Us. Trek comic books were floating around. And the Star Trek movie series debuted in cinemas in 1979, thanks to the popularity of Star Wars. Flash forward to today, and Star Trek is more easily available than ever before. Nearly all of the TV series are available on Netflix, and most of them are also available on other streaming services. The exception is Discovery, which is available only on CBS All Access. Meanwhile, at any point in time, most or all of the 13 Star Trek movies are available via various streaming platforms.

The irony is that while Star Trek is widely available, the franchise is not so easy for kids today to organically discover or plug into. The most recent “Kelvin timeline” movies enjoyed some box office success, but certainly nothing approaching the levels of other popular movie franchises. Meanwhile, the first new Star Trek TV series since 2005, Discovery, is available exclusively on the CBS All Access streaming platform, which has relatively few subscribers compared to other streaming services. All of this is to say that Star Trek is not exactly top of mind in pop culture these days, especially among kids.

A Galaxy of Competing Universes

Even for kids who are predisposed to like science fiction, scores of other franchises compete for their attention, especially as compared to when I was growing up. Today, including both TV series and movies, a kid has an embarrassment of riches to choose from in the sci-fi and fantasy arenas, including:

This list above is just a small fraction of the competition, from off the top of my head. In the era of Peak TV and mammoth movie franchises, where the amount of content and distribution channels has exponentially exploded, Star Trek is just a lonely voice in the crowd. And that’s without even considering Fortnite and other video games which most boys are obsessed with these days.

In the current media landscape, most kids are unlikely to gravitate towards Star Trek left to their own devices (both literally and figuratively). Even if they do become aware of Star Trek, how would they know where to start, given the daunting number of Trek TV series and movies?

As a father who is passionate about Star Trek, I would like to pass down my love for the franchise to my kids and to teach them about why it is special and how it is different from other entertainment properties. My motivation for cultivating their interest in Star Trek is twofold:

When my daughter and my son were approaching an appropriate age to start watching Star Trek, I realized I would have to figure out a careful strategy for introducing it to them.

So, how did I end up going about this?

Before answering this question, for comparison, I’ll provide a brief recap of how I “onboarded” onto Star Trek:

As context for readers, my “favourite” series are TOS and TNG, whereas I consider the “best” series to be DS9. My favourite movie overall is The Voyage Home, but, more generally, my favourites are II, IV, VII, First Contact, Insurrection, and Star Trek (2009).

In sum, I became a Star Trek fan naturally and without any outside influence. To introduce my kids to the franchise, I knew I would need to take a more intentional and methodical approach.

I will explain the approach I took in part 2 of this series.

The featured image for this post is based on the Peaceful war machine fan art by David Metlesits. Special thanks to David for permission to use his art extensively in this post. 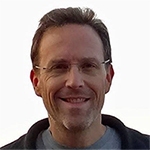 “My Journey From Fan To Fan Film Actor”