Claim jumping, sabotage, and a swirling cloud of death, death, and more death. Join us as we scratch the surface of “The Antares Maelstrom” with our review of Greg Cox’s new Original Series novel, out now from Gallery Books.

One of the perceived handicaps of books set in the midst of the run of one of the Star Trek series is the perception that little of interest can happen, since the characters have to be back in a certain pre-set place before the story ends. The perceived handicap, however, is rubbish – when left in the hands of Greg Cox.

In “The Antares Maelstrom”, Cox manages to provide unique, entertaining, and loving expansion to the stories of Sulu, Uhura, and Chekov (perhaps to a lesser degree) that helps set the stage for the growth and development we see realized in “Star Trek: The Motion Picture“.

As the planet Baldur III experiences a rush for pergium, the Enterprise is dispatched to the area to handle the backwater’s sudden popularity. From a deep space station to Baldur’s neighbouring star system, and even into the depths of the fabled Antares Maelstrom, Cox’s tale evolves in a slow burn, balancing three distinct centres of action keyed into the aforementioned trio’s unique gifts and their evolution.

Sulu gets for himself a taste of command, and learns in microcosm some of the lessons that will serve him well as his career grows. Uhura is painted for us as a skilled communications officer (Cox’s description of her handling her role is quite graceful) who also has a gravity of her own, one that encourages others to follow her lead. Chekov, while less developed than Uhura or Sulu across the course of the story, still manages to shine – his trademark Russian-based humour intermingling with some serious challenges alongside Spock, who serves to affirm his growth as an officer.

To be certain, Kirk, Spock, McCoy, and Scotty get their due in the story, but it is truly the emphasis on Sulu, Uhura, and Chekov that makes “The Antares Maelstrom” special and worthy of your attention. The deftness of Cox’s handling of TOS lore should come as no shock to his readers. He continues to demonstrate a way of handling callbacks (or forwards) in a way that is obvious yet not childish. There is a playful fun that abounds throughout the novel, and each of the cast speaks clearly through Cox’s prose.

The only real disappointment is the pacing of a critical connection as the story comes to its climax, which feels very strange and, if you will, out of phase given the way the rest of the book explains the journey to Baldur III and the nature of the Maelstrom. Nevertheless, the ingenuity and creativity shown during this sequence are able to largely redeem the feelings of mistiming.

I’d be doing a disservice to potential readers if I didn’t share my appreciation for Cox’s exploration of ‘guest stars’ in several venues – a Federation observation team on a pre-contact world, government officials and citizenry on Baldur III, and several staff and visitors to Deep Space Station S-8 – all of whom serve to expand the TOS universe and offer a multi-dimensional mirror against which our friends can be viewed.

While not as ambitious as, say, one of his Khan books, “The Antares Maelstrom” is a worthy, enjoyable addition to the TOS story that fills in some needed development for some fan favorites, while moving the crew of the Enterprise closer to the end of the five year mission, and the events of the first feature film. It feels very much like a love letter to the crew that gave birth to the Trek legend, and right now, it was exactly the read for me.

Gallery Books (an imprint of Simon and Schuster) provided a review copy of this book. No further compensation was provided or offered. The review is the genuine personal opinion of the reviewer.

Other Reads By This Author 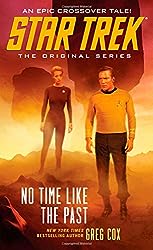 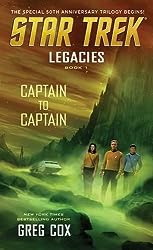 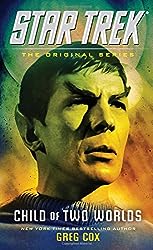 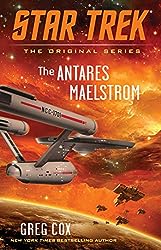