Today marks the start of a new adventure. 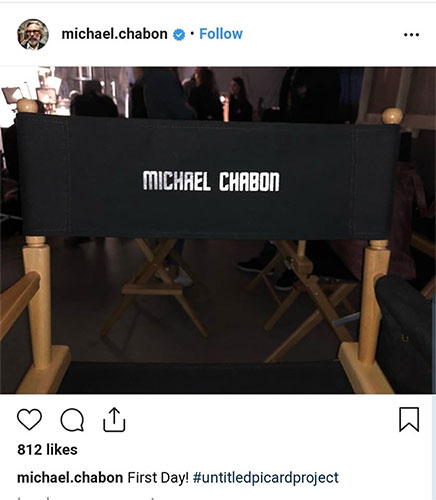 Back in March we reported that the show was scheduled to begin shooting last week, it has now been confirmed that today was, in fact, the first day of shooting for the show, furthermore, according to the latest issues of the industry newsletters Production Weekly and Productionlist.com, the Picard show will be in production for around five months, with a wrap date currently planned for early to mid September a change from the October date we previously had been told.

Unlike Star Trek Discovery, which is based in Toronto, Canada, the Picard show will be shot in Santa Clarita, Southern California as reported last year in various news outlets, the show has been awarded $15.6 million in Tax breaks from the California Film Commission.

The production will be based out of Santa Clarita Studios. SCS is an independent studio production facility based in Santa Clarita, California, around 35 miles north of Hollywood, so although Star Trek will be returning to Hollywood, it will not be shot at Treks previous home of Paramount Studios.

The first two episodes are being directed by Hanelle Culpepper, with Doug Aarniokoski as second unit director. The first season of the show is structured as an arc of ten episodes, Stewart himself described the season as a 10-hour movie and will be binge-worthy.

In a recent interview with Trekmovie, Jonathan Frakes explained how the shooting schedule has been planned out and the show’s directors will shoot in two-episode “blocks,” with Stewart’s Next Generation co-star set to direct the second block of episodes three and four.

So unlike previous shows, the Picard series could end up with only five directors per season.

The untitled Star Trek show is slated to premiere later in 2019 although no date has yet been set and will arrive via the CBS All Access service in the US but has no set International home yet.

Star Trek: Pike?? Is A Pike Series On Its Way?