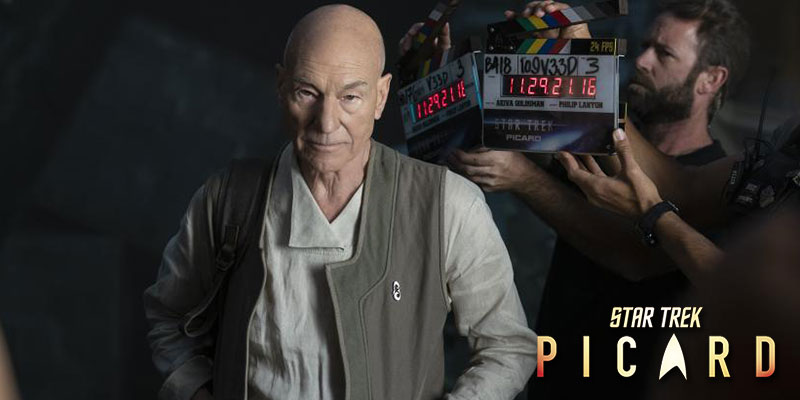 We are now well and truly in the home stretch of Picard with episode 9 being the penultimate episode of season 1.

At the end of “Broken Pieces” we left the crew of La Sirena entering the Borg transwarp network on their way to Soji’s (Isa Briones) homeworld, in ‘Et in Arcadia Ego, Pt 1’ the crew emerges from transwarp in orbit above Coppelius the planet Bruce Maddox (John Ales) escaped to fled to continue his work on synthetic life, after the ban on all synthetic scientific research.

Unknown to us, Soji’s homeworld was not only the birthplace of Daji and Soji but from the revelation in last weeks episode, it was also the home planet of TWO more androids, Ambassador Beautiful Flower and his protégé Jana.

Beautiful Flower and Jana were discovered 9 years prior to the events of Picard, in 2390 under the command of Captain Alonzo Vandermeer, the U.S.S. Ibn Majid encountered a small ship of unknown design deep in the Vayt sector. Vandermeer informed Starfleet Command of the first contact situation and invited Ambassador Beautiful Flower and his Jana aboard. A few hours later, Vandermeer received a black flag directive from Commodore Oh the head Starfleet Security ordering him to kill, or else the U.S.S. Ibn Majid would be destroyed with all hands. Vandermeer carried out the order. After Rios confronted him Vandermeer then committed suicide.

With the knowledge that Daji and Soji were not the only ones made on Coppelius, we are left to wonder just how many androids are awaiting our crew when they arrive.

Unlike previous weeks, CBS has only released four-episode stills, which means it is likely that they can not show us much more without giving too much away.

‘Et in Arcadia Ego, Pt 1’ – Following an unconventional and dangerous transit, Picard and the crew finally arrive at Soji’s homeworld, Coppelius. However, with Romulan warbirds on their tail, their arrival brings only greater danger as the crew discovers more than expected about the planet’s inhabitants.

This episode was directed by Akiva Goldsman.

Watch the trailer for ‘Et in Arcadia Ego, Pt 1’