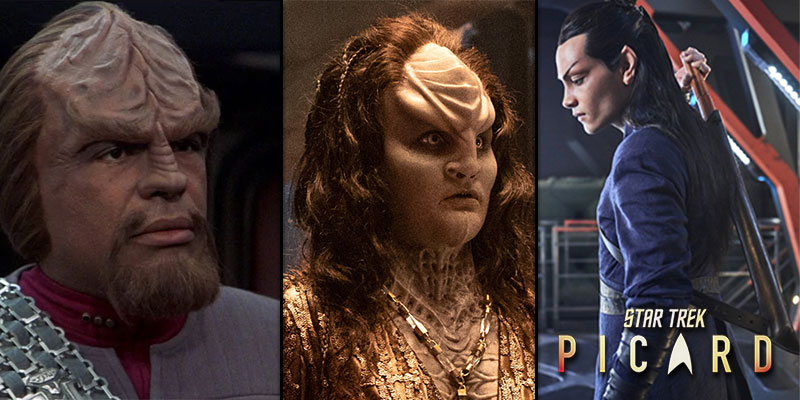 Speaking at the Television Critics Association winter press tour this Sunday, Star Trek lead man Alex Kurtzman confirmed that we will see various styles of Romulans appearing in Picard and “if” Worf appears, he won’t look like Discovery Klingon.

While Picard is set to feature the return of his old colleagues Data, Riker and Troi, there is no sign of everyone’s favourite Klingon Worf (Michael Dorn).

Ever since the first trailer for the new series dropped back at SDCC last year, fans have gone wild with speculation that even if Worf were to appear he would look so drastically different that he would not be the Worf we all know and love, however, Kurtzman told TV Line that is not the case and it would not stop them bringing him back if the story warranted it.

“I think Worf is such an amazing character… We didn’t want to just throw people in because they were in Next Gen… We actually weren’t even thinking about bringing Marina [Sirtis] and Jonathan [Frakes] back until halfway through the season when, as we were breaking story, something came up that made it very clear they need to be in the story. So a deliberate reason is the bar, and if there’s a great reason to bring Worf in, anything is possible.”

When asked if Worf was to come back, would he look like the Klingons from Discovery, Kurtzman added while dropping a massive hint about the Romulan look in Picard:

“We’re not changing that. It’s funny, because you’ll see by the time you get to [Picard‘s] third episode, there are different kinds of Romulans that look different, depending on their territories. You’ll see some Romulans that are just about the ears, you’ll see some with the ears and deeper ridges in their foreheads… so I have to believe that there are different iterations of Klingons, depending on where they are from.”

Classic Aliens To Make A Comeback?