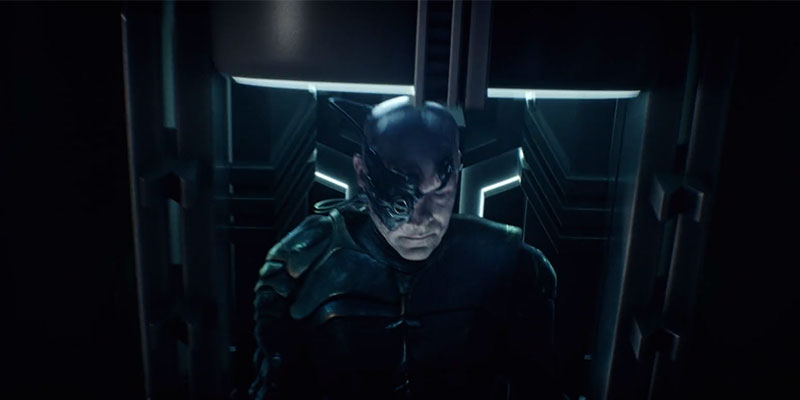 As we now enter the second half of Star Trek Picards first season, this weeks episode continues hot on the heels of last weeks drama.

After the wild ride that was “Stardust City Rag” with the loss of Icheb and the reintroduction of Seven of Nine, this week Picard and the crew of the La Sirena make their way through what is left of Romulan space and head to the captured Borg cube, “The Artefact”, as we know the artefact is where the Romulans seem to be stripping XB’s (Ex-Borgs) of their hardware to sell on.

Also this week Narek and Sjoi face a turning point in their relationship and after almost 30 years Jean Luc Picard and Hugh come face to face.

With Picard returning to a Borg cube after 30 years since his assimilation, he is no doubt going to be facing extreme trepidation and heighten anxiety. and with what looks like a Borg drone awaking it is not surprising Jean Luc might have to face his demons once again.

THE IMPOSSIBLE BOX — Picard and the crew track Soji to the Borg cube in Romulan space, resurfacing haunting memories for Picard. Meanwhile, Narek believes he finally found a way to safely exploit Soji for information.

Watch the trailer for “The Impossible Box”