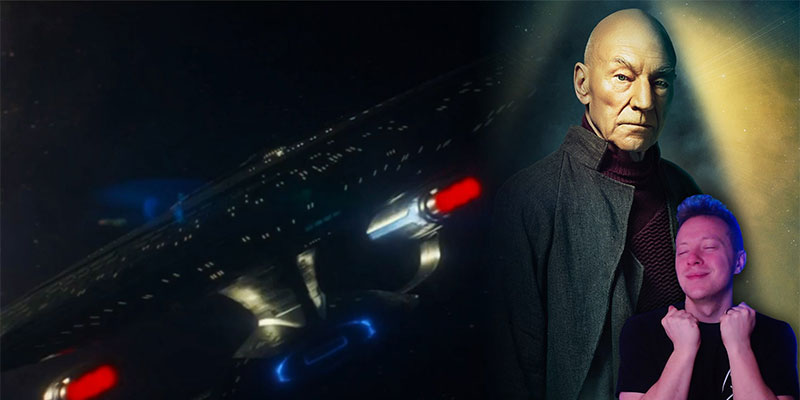 Star Trek Picard has just dropped a NEW trailer ahead of its upcoming Season 1 premiere. What’s special about this one you ask? The ENTERPRISE NCC 1701-D makes its FIRST appearance on-screen since…

I think the Enterprise finale. Which is just awesome!

We also get some new shots that reveal a few plot details for the show including an aggressive Soong-style android, Hugh the Borg, and much more!

Seeing the Old Gal again on screen is just…truly breathtaking, isn’t it?

What do you think of the new trailer and seeing the Enterprise D again?

Drop your comments below…

Star Trek: Picard will debuts THIS Thursday at 00:01 PST on CBS All Access in the USA, at some point Thursday on CTV SCi-Fi/Crave TV in Canada and will be released This Friday on Amazon Prime Video Internationally and will release episodes weekly.