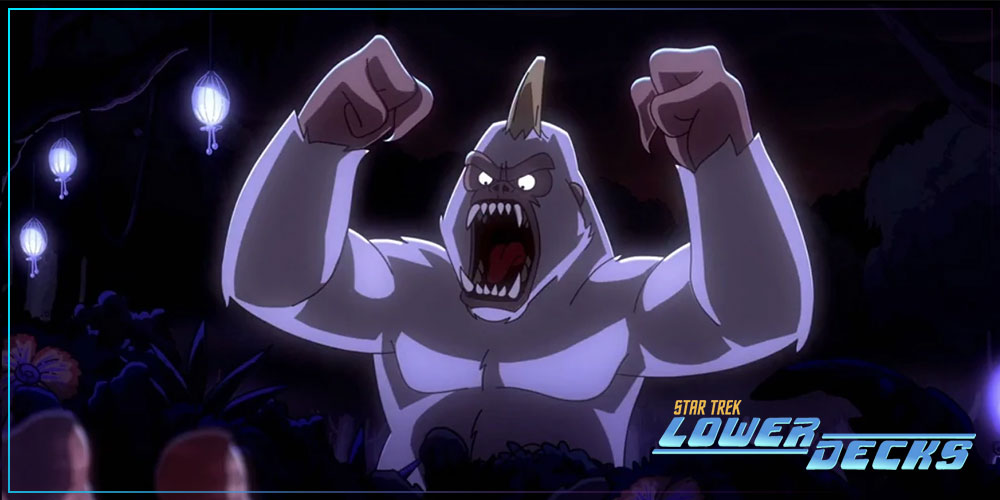 But let’s start the discussion with my favourite Lower Decks character, Tendi. She’s tasked by Dr. T’Ana to chase down all the folks who don’t want to do their medical examinations, and she takes to the task like a duck to water. Even going so far as aerial sneak attack someone in a holodeck simulation while that person is surfing just to get the results. All I could think about was how much her tenacity mirrored my own when it comes to the desire to do the tasks perfectly. Tendi simply does not give up and when she’s left with a mystery, she’s not going to just let it go. This presents a problem because the last mystery numbered patient that she was supposed to scan is actually Dr. T’Ana herself! And so ensues a chase around the ship as Dr. T’Ana does your typical cat antics to escape but Tendi is simply unmatched in her willingness to complete a task perfectly that she will even break her arm just to get the Caitian CMO to stop, sneaking in a scan while the doctor is treating her.

Beyond just me laughing at seeing my own tendencies reflected by Tendi to such extremes, the inside joke of doctors always being the ones to avoid going to the doctors was just perfect. As the child of two doctors, I can definitely confirm such a thing to be true. And it was even funnier that it wasn’t just T’Ana who wanted to avoid a physical, but that even the ship’s counsellor Dr. Migleemo was among the ones listed.

While Tendi was busy chasing people around the ship, the rest of our Lower Deckers were off on a planet being chased around by some quite nefarious Ferengi. Turns out a rare Mugato was spotted on a planet it shouldn’t be and the Cerritos has to investigate. Shaxs and an away team including Mariner, Boimler, and Rutherford go to figure out what’s going on, but the situation gets complicated when Boimler and Rutherford begins to think that Mariner is actually a black-ops spy who might end up killing them all. You see, the boys got their asses handed to them in anbo-jyutsu practice with Mariner and while they were commiserating over a game of Diplomath (which sounds like a type of math I would never want to be involved with), the bartender starts to tell tales about Mariner’s mysterious past and alluding to her presence on the ship as a spy and secret assassin. The boys brushed it off at first, trying to find logical explanations to the accusations but when the away team attacks the Ferengi holding the Mugatos captive, during the ensuing chaos, Boimler and Rutherford mistakenly think they saw Mariner attack Shaxs on the planet and becomes convinced that Mariner must be a killer spy.

Normally I would find a story with this sort of plot boring, as it often hinges on characters not communicating, but I think what makes this story works is that it ties into Boimler and Rutherford’s insecurity and it becomes a lesson on how easy it can be to fall into conspiracy theories. Boimler and Rutherford, despite being brilliant officers, often feel like they aren’t as badass or cool as Mariner who is resourceful and physically very capable, and it’s very human insecurity to feel that “cool” people wouldn’t really want to hang out with the “boring” and “weaker” people. And that insecurity would lead to them not wanting to really talk to Mariner, thus not sorting out this misunderstanding early in the story. Because sometimes it is very hard to admit your own insecurity to others and be honest about those feelings, especially when you don’t want to have to confront those problems. And it would have to take something like a life-or-death situation to really force someone to admit the truths that they rather keep hidden.

But beyond confronting our own personal truths, having Boimler and Rutherford fall into believing conspiracies about Mariner is an important lesson about not always believing what you hear. Sometimes the truth can be boring and plain, sometimes explanations aren’t some fantastical things, sometimes it’s just Starfleet being embarrassed and not wanting to admit they lost a ship to lice. And in today’s world where conspiracy theories abound, it becomes more and more important to recognize how to dispel misinformation and how sometimes even innocent remarks of seemingly innocuous tall tales can affect people and what they think about the world around them. Words can be very powerful in big and small ways.

Boimler and Rutherford manages to save the day though using their brains and negotiating with the Ferengi to turn their harvesting and captivity operation into a conservation project caring for the Mugatos. They prove that they didn’t have to be the best physically to be successful and that there is importance in their intelligence and how to use that effectively in situations where brute force can’t achieve success. And they learn to trust their friend to just want to be their friend.

Meanwhile, Captain Freeman nearly got swindled by the Ferengi’s buyer who attempted to leave the planet, got caught in a tractor beam that supposedly blew his ship up, and wanted to have his antiques replaced. Thankfully the buyer wasn’t able to get away with it and Captain Freeman got her stuff back, but what I really loved about this bit of the story is that the buyer seemed to be running the similar sort of trick that Harry Mudd ran in the Short Treks episode “The Escape Artist” where Mudd made robot versions of themselves to collect bounties while escaping Starfleet’s clutches. Although the buyer seemed much less successful in his scheme than Mudd was.

And I would be remiss if I didn’t mention that brilliant opening with the two Denobulans puffing up their faces in fear and running away! Any time there’s references to Enterprise, it just warms my heart. And what else could I say about the Mugato sex that the fandom hadn’t exclaimed about already except that I think Roddenberry would approve. After all, consenting threesomes, cuddling, and voyeurism should hardly be that big of a deal in the 24th century anyways! Live long and love away! 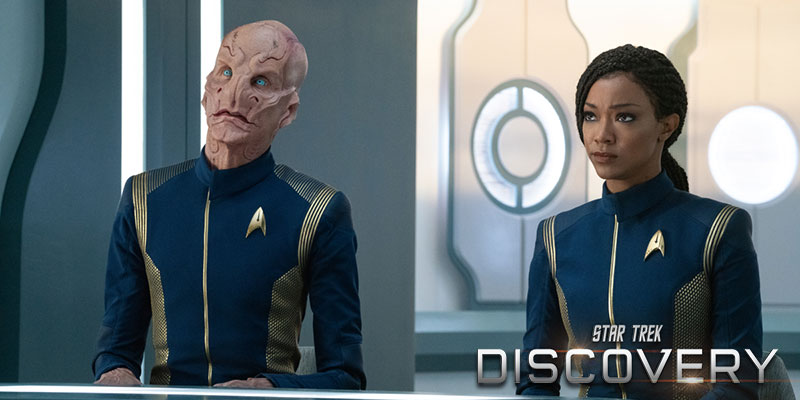 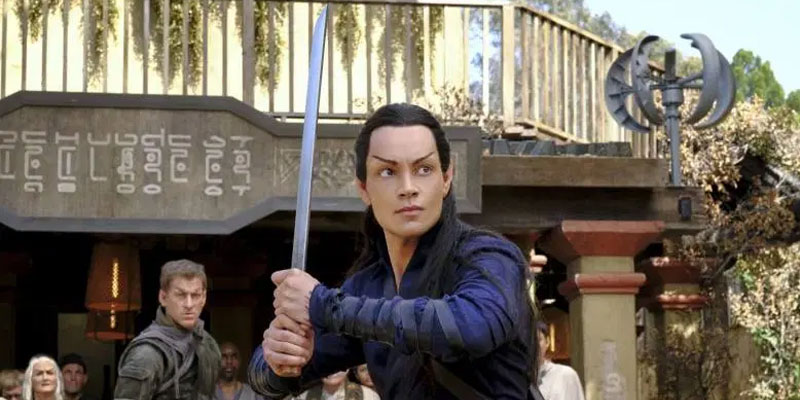 Review – “The Sanctuary” – Courage, Secrets And A Family Reunion…

Truth OR Myth? Beta Canon – The History of the Olympic Class