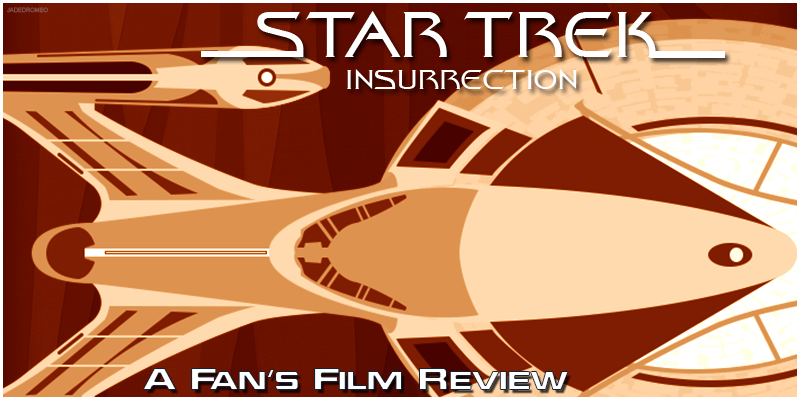 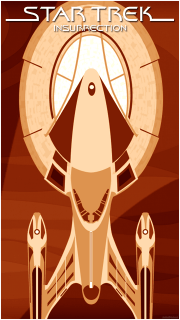 At the time of its release, Insurrection seemed like the perfect antidote for the level of darkness that was permeating the franchise. Between the stopping of the Borg invasion in First Contact and the Dominion War arc on Deep Space Nine, I was really beginning to wonder what happened to the spirit of exploration in Star Trek. When Picard asks aloud, “Can anyone remember when we used to be explorers?” I said aloud in the theatre, “Thank you!” The adventure that followed showed us a new civilization and our heroes fighting for “the small guy.” On top of that, it had a light-hearted tone that I thought was badly needed at the time.

Unfortunately, time has not proven Insurrection to be one of the better films in the now-long-running Trek film canon. As was the case with Generations, this is due primarily to the fact that this story could just as easily have been a two-part episode of the show.

It doesn’t appear that much of the $58 million budget went to anything besides the all-digital effects (the first Star Trek film to rely exclusively on CGI) and some spectacular outdoor location shooting, which is the best thing that this film has going for it. In fact, the locations chosen for this film are the most beautiful for any Star Trek film to date.

This is probably the biggest problem that I’d had with the TNG films…for the most part, they played it safe; delivering all of the “right” moves to keep us fans happy and not taking huge risks with the characters or the franchise.

This might not have been the case had writer Michael Piller had gotten his way on the plot. As I discussed in my review of his ebook, Fade In: The Writing of Star Trek: Insurrection, his initial treatment was, if not bolder or riskier, certainly had something in the way of spectacle. The Romulans would have been the villains, we would have had an interesting Romulan/Klingon hybrid character named Joss as the lead villain (a “Red Baron” in space), and plenty of moments for all characters to shine. 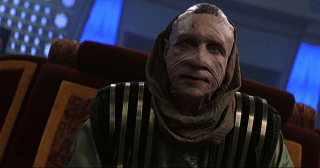 But, being the big huge franchise that Trek had become by this time, far too many people had their say in how this film should go and be developed. Moreover, the fact that Deep Space Nine was in its last season and Ira Steven Behr was trying to wind down and bring the Dominion War to a close axed any tie-ins between this film and that show. The crew of the Enterprise was on their own in an effort to deal with the theme of a forced relocation of a small group to satisfy the demands of a large one.

Of course, at the time we were all rooting for Picard and company sticking up for the “small guy” that was the Ba’ku. It wasn’t until later on, after we had had time to think about the situation that we realized that it could have been done much better. There have already been numerous alternatives offered as to how this film could have been done better, though my personal favorite is the idea of the “family argument” idea that SF Debris came up with in his review; with those in favor of sticking up for the Ba’ku (Picard, Troi, & Data) in conflict with those who think the Ba’ku are despicable for hoarding what could benefit millions (Riker, Crusher, Worf, & Geordi). In the final film, they’re all of one mind about it, and while that’s fine for an episode or a film that’s “just another adventure”, we really should demand more from a Star Trek movie.

All the more reason this film needed to be bigger was the fact that the Trek franchise now had serious competition. My first viewing of the film in the theater was preceded by the first teaser trailer for Star Wars: Episode I- The Phantom Menace, and I was spending a lot of the film’s running time thinking of how cool the return of Star Wars was going to be (turned out to only be equal to this film, but that’s another story.) It looked like the Sleeping Giant might be awakening. On top of that, Babylon 5 and The X-Files were growing in popularity, and Star Trek had been running continuously on TV for 11 years at that point. It looked like the franchise was running low on gas, and I think Berman and company were growing more aware of that. It seems to show in Ru’afo’s speech about the Federation being “old”. I can easily imagine that scene with a Paramount suit telling Rick Berman that.

“Star Trek is old! In the past 24 months, you’ve been challenged by every other franchise in Hollywood. Star Wars, The X-Files, Babylon 5. They all smell the scent of death on Star Trek!” 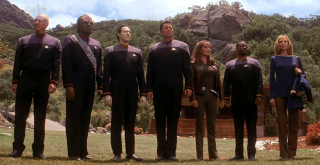 This was all the more reason why they needed to up the ante and make Star Trek adventures bigger and more epic. Take chances on a story that will make us think. And for God’s sake, STOP trying to copy the success of The Wrath of Khan with a revenge-bent villain sporting a cosmic weapon of mass destruction!

The most disappointing thing about the film, however, had nothing to do with the film itself. The most disappointing thing for me was bad marketing. The theatrical poster gives us an image of Ru’afo’s face looking down (ripping of that of a Klingon’s face in The Undiscovered Country’s teaser poster) at a recycled shot of the Enterprise from the previous film’s teaser poster with the tagline “The Battle for Paradise Has Begun” (echoing the tagline of The Undiscovered Country‘s theatrical poster “The Battle for Peace Has Begun”). When I saw this poster I just shook my head. “They really are running out of ideas”, I thought. Fortunately, the film itself turned out to be entertaining enough, but Paramount’s marketing department really dropped the ball on this one. If this hadn’t been a Star Trek movie, I might not have bothered.

On a scale of 1 to 10, Insurrection gets a 6. Although it is written with competence (if not originality) and is very well-made (kudos once again to Jonathan Frakes), it lacks any real stakes and again, feels like “just another adventure”. The fact that this was not TNG’s last film does make this an easier pill to swallow, but after so many films and the fact that we’ve seen Star Trek done right on the big screen more than once, I think we have a right to demand more. 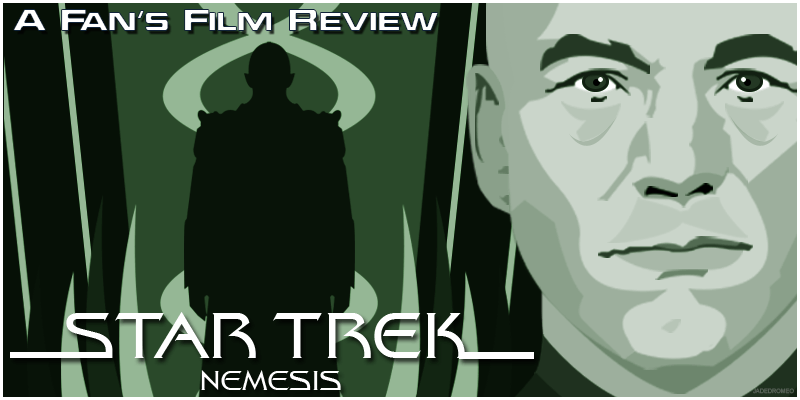 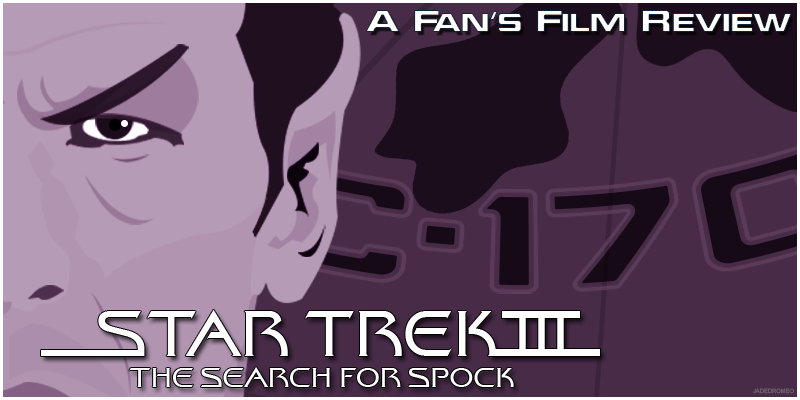 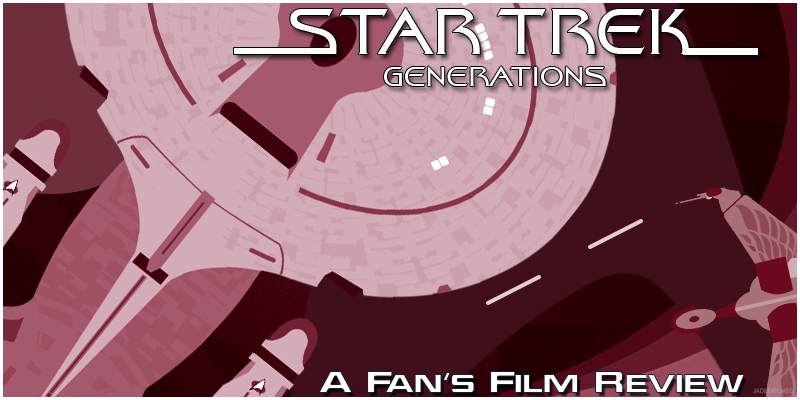 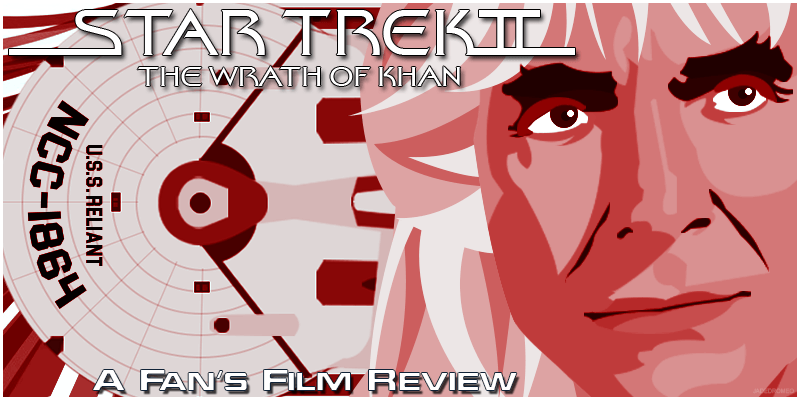